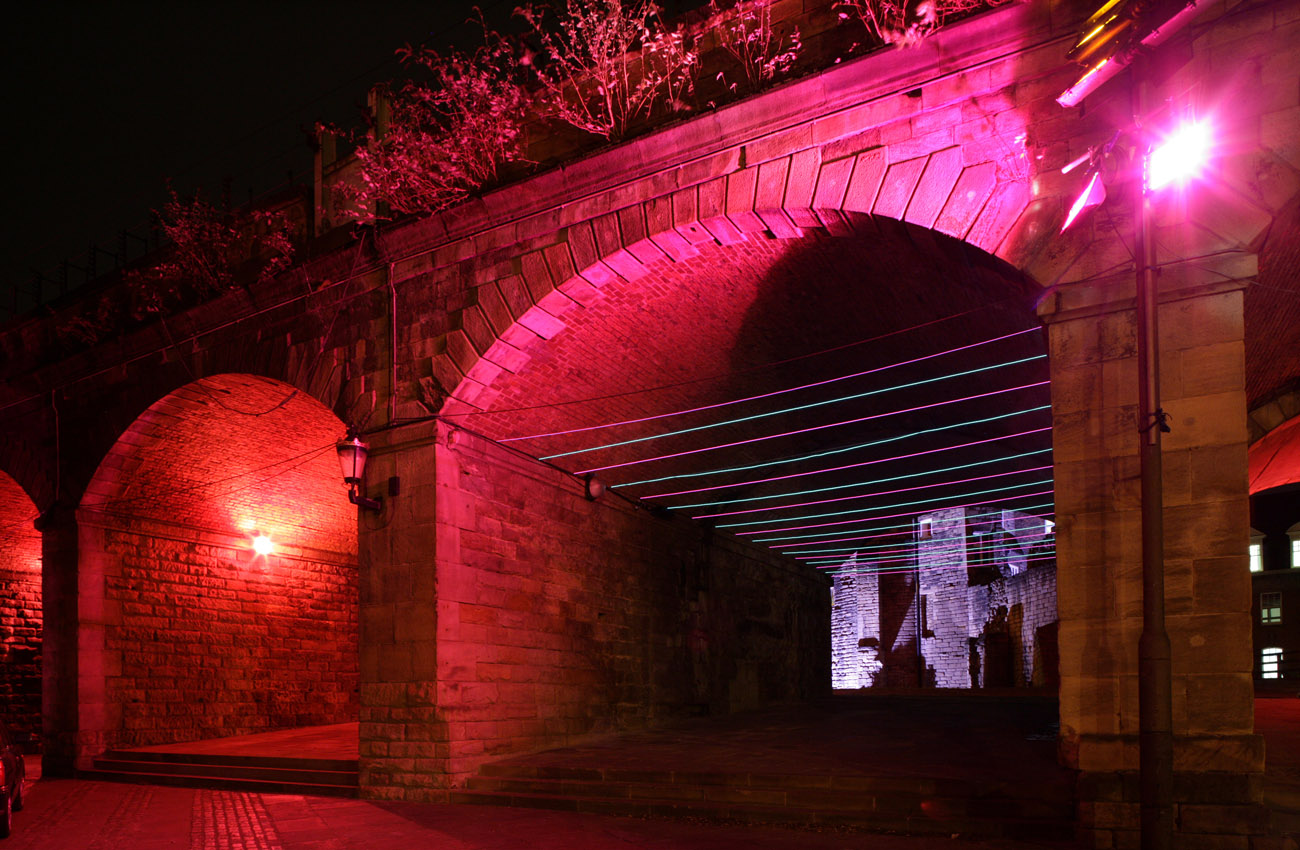 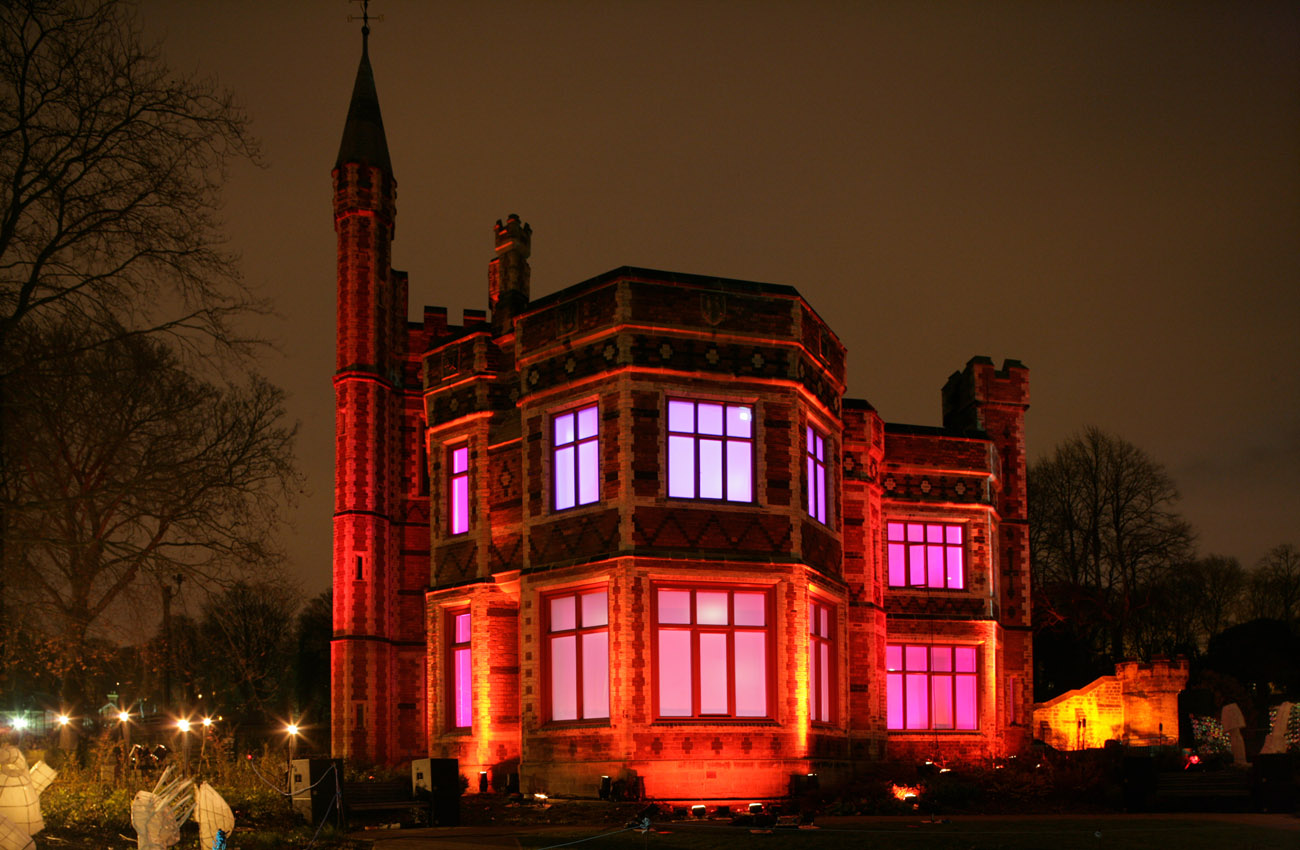 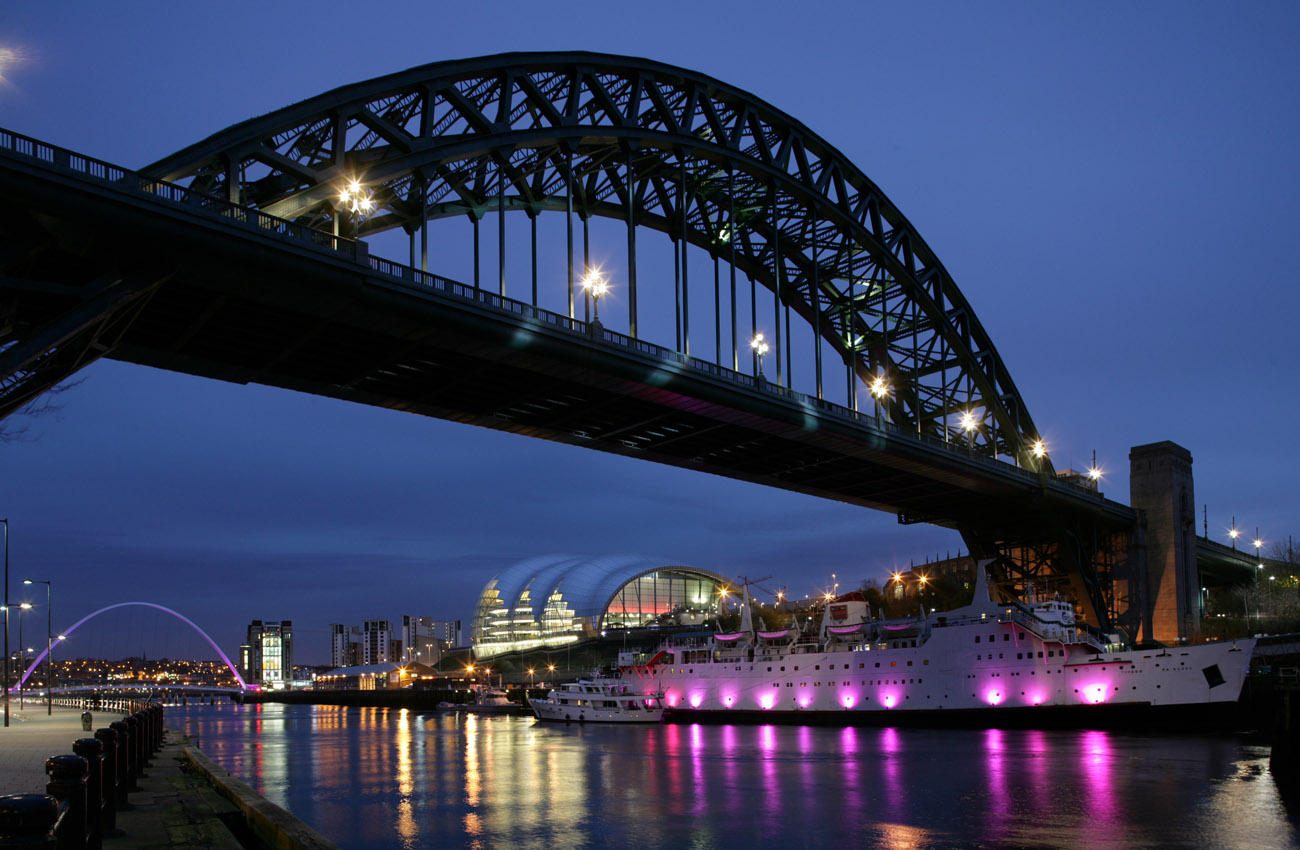 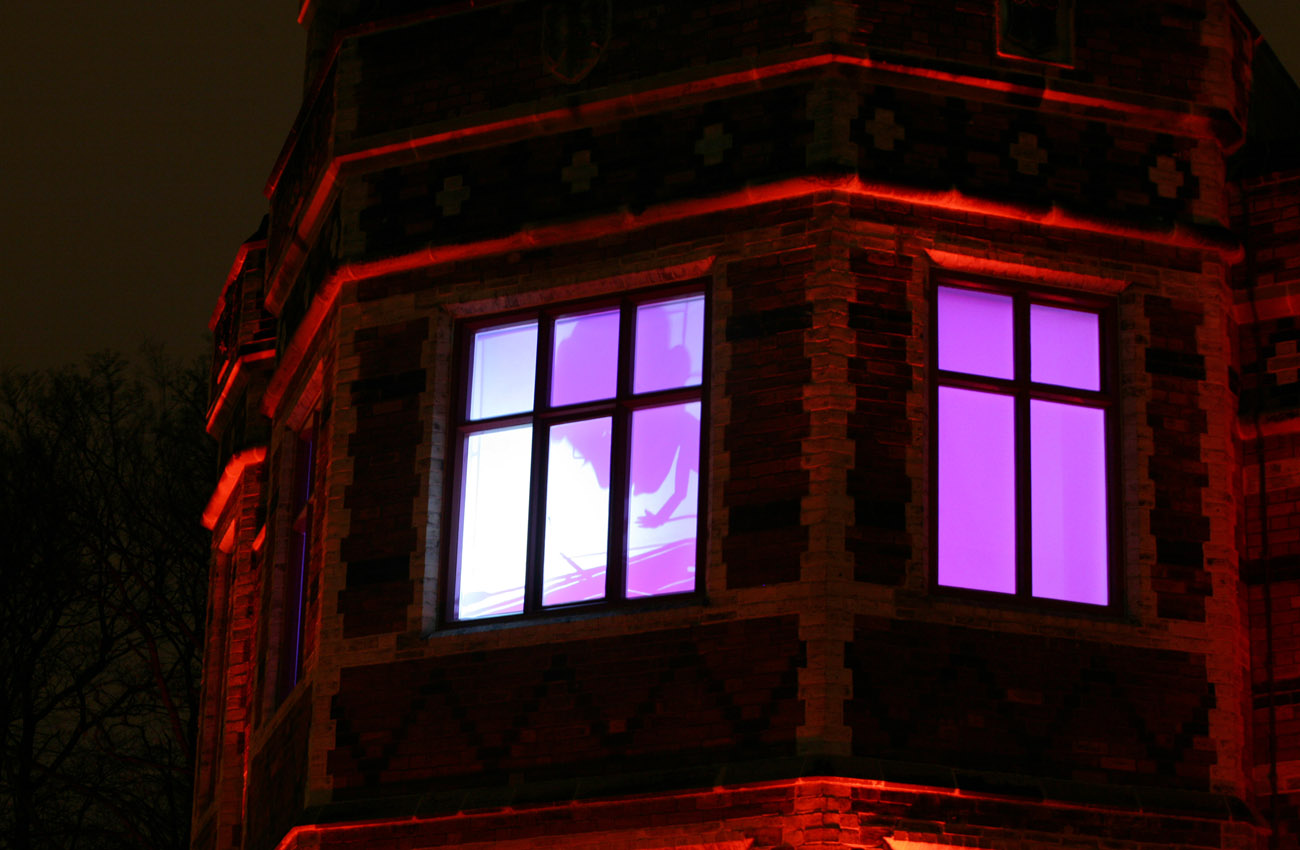 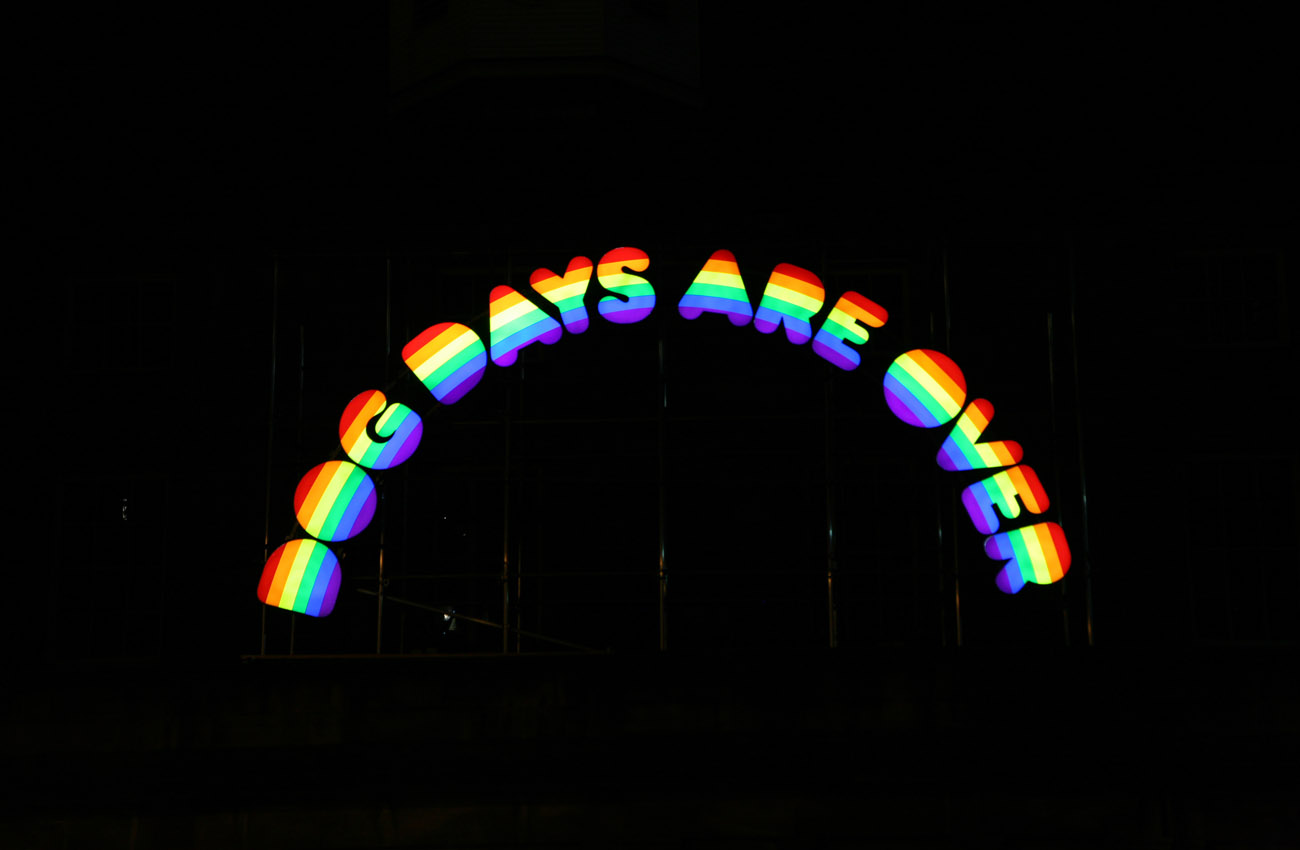 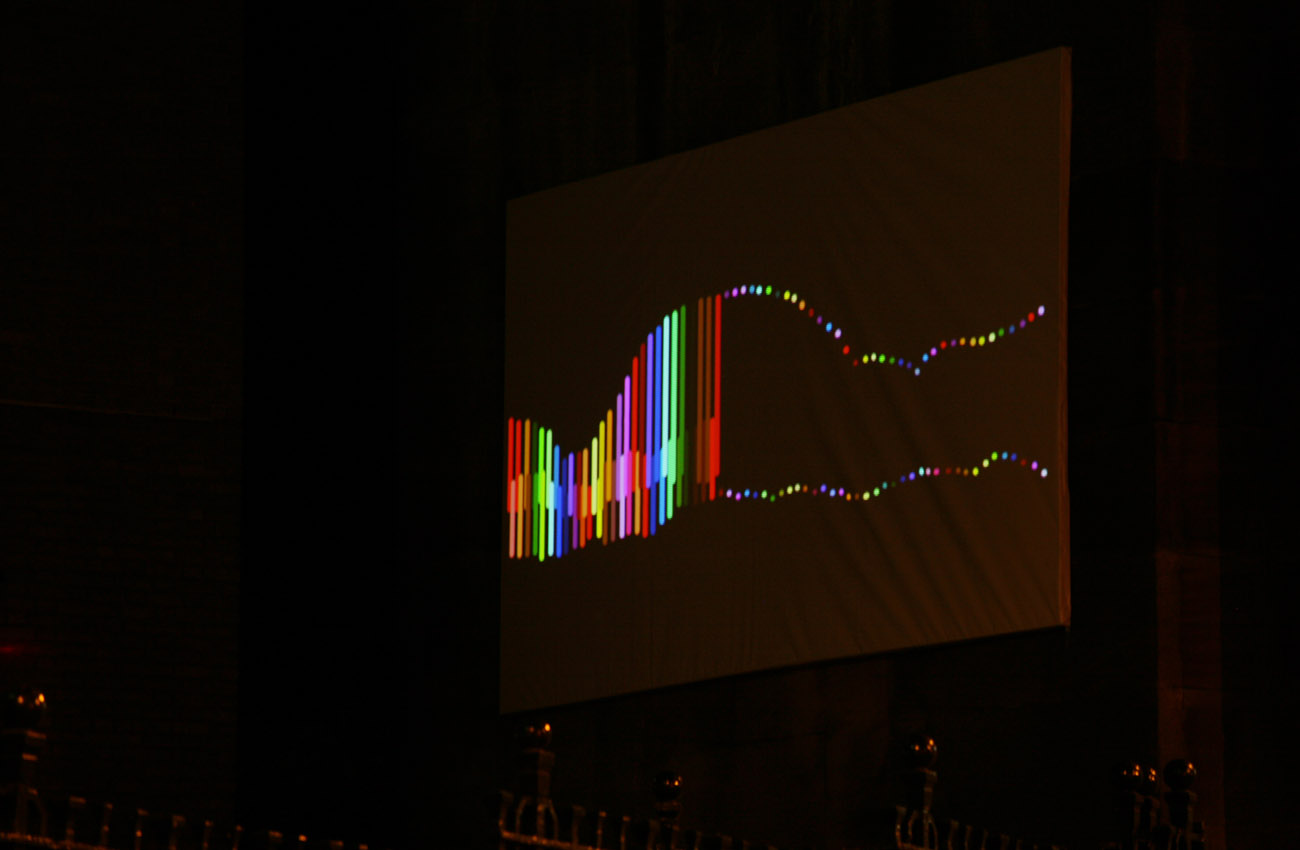 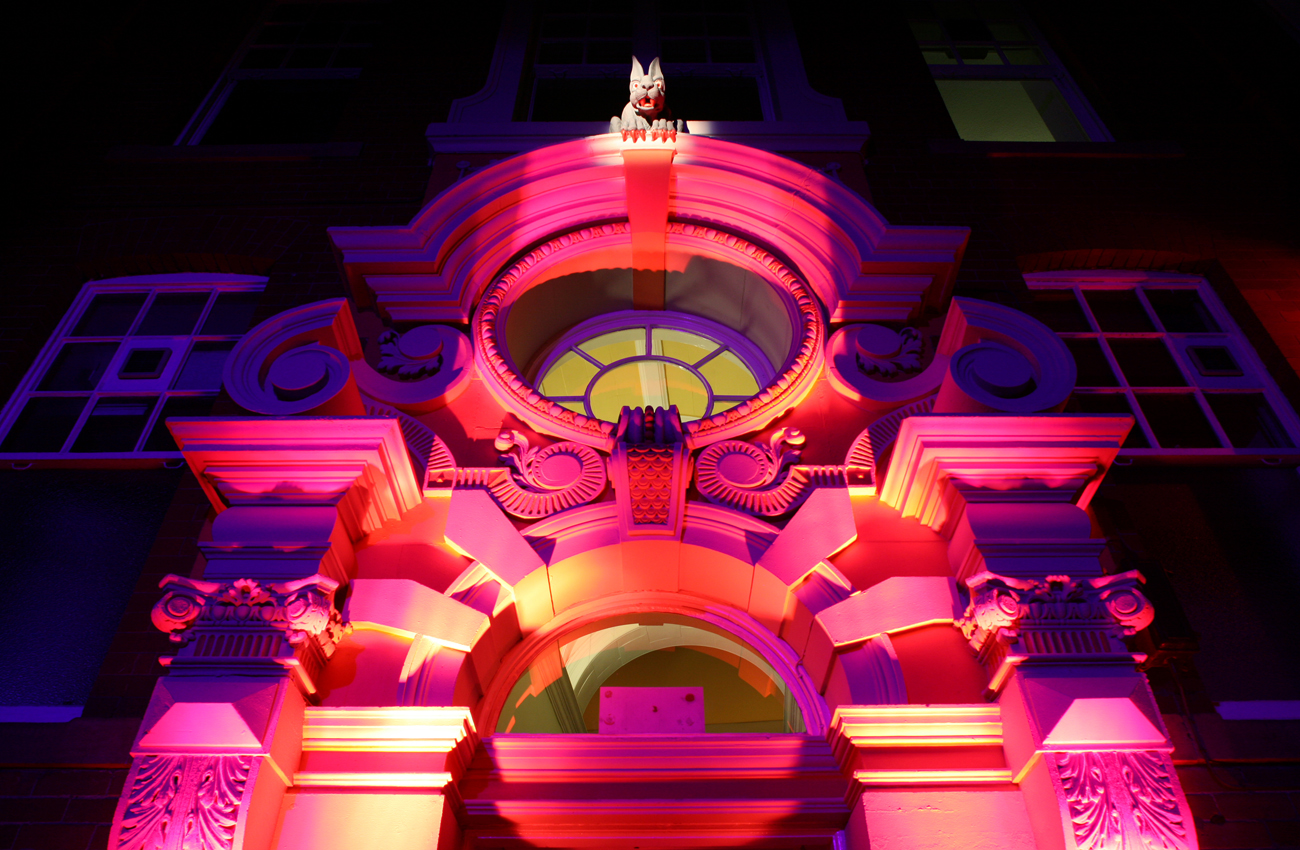 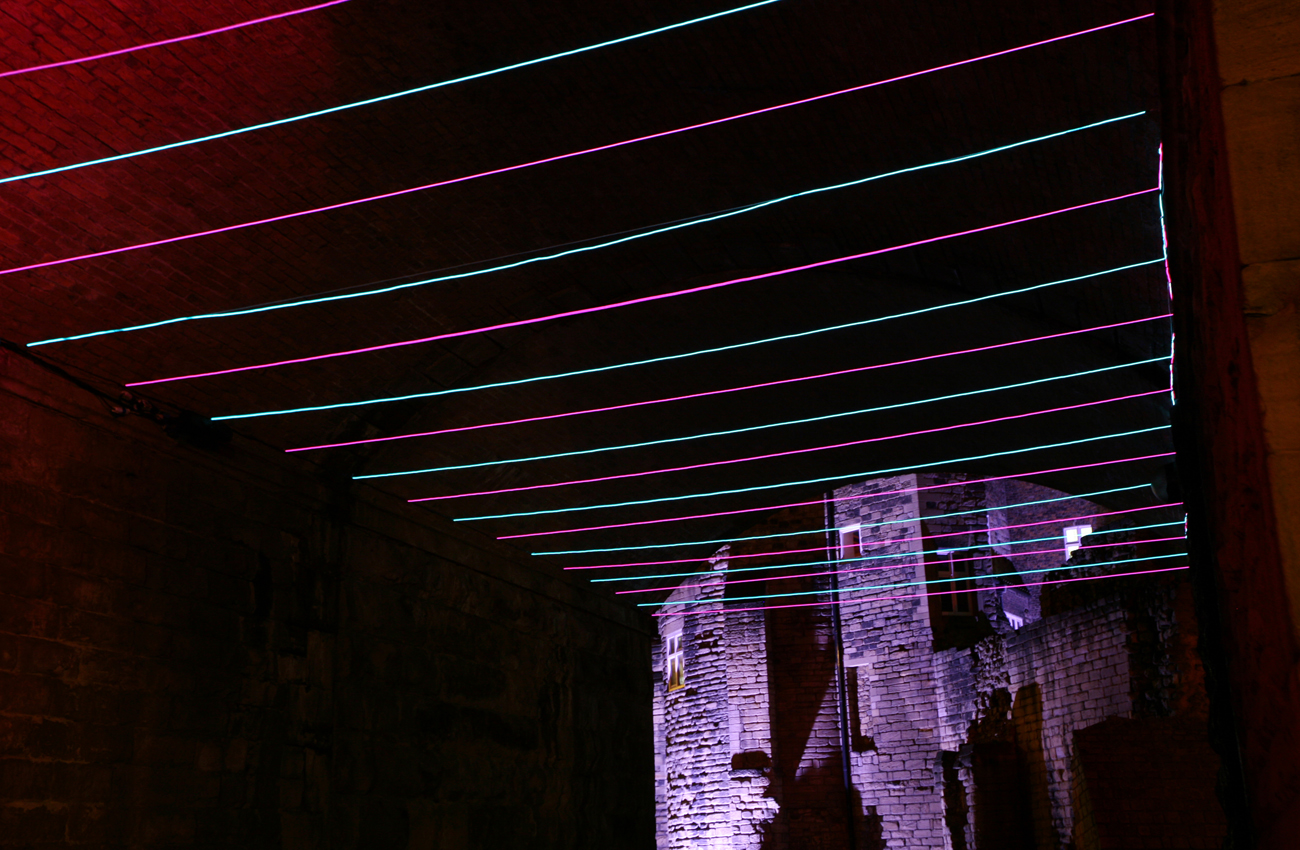 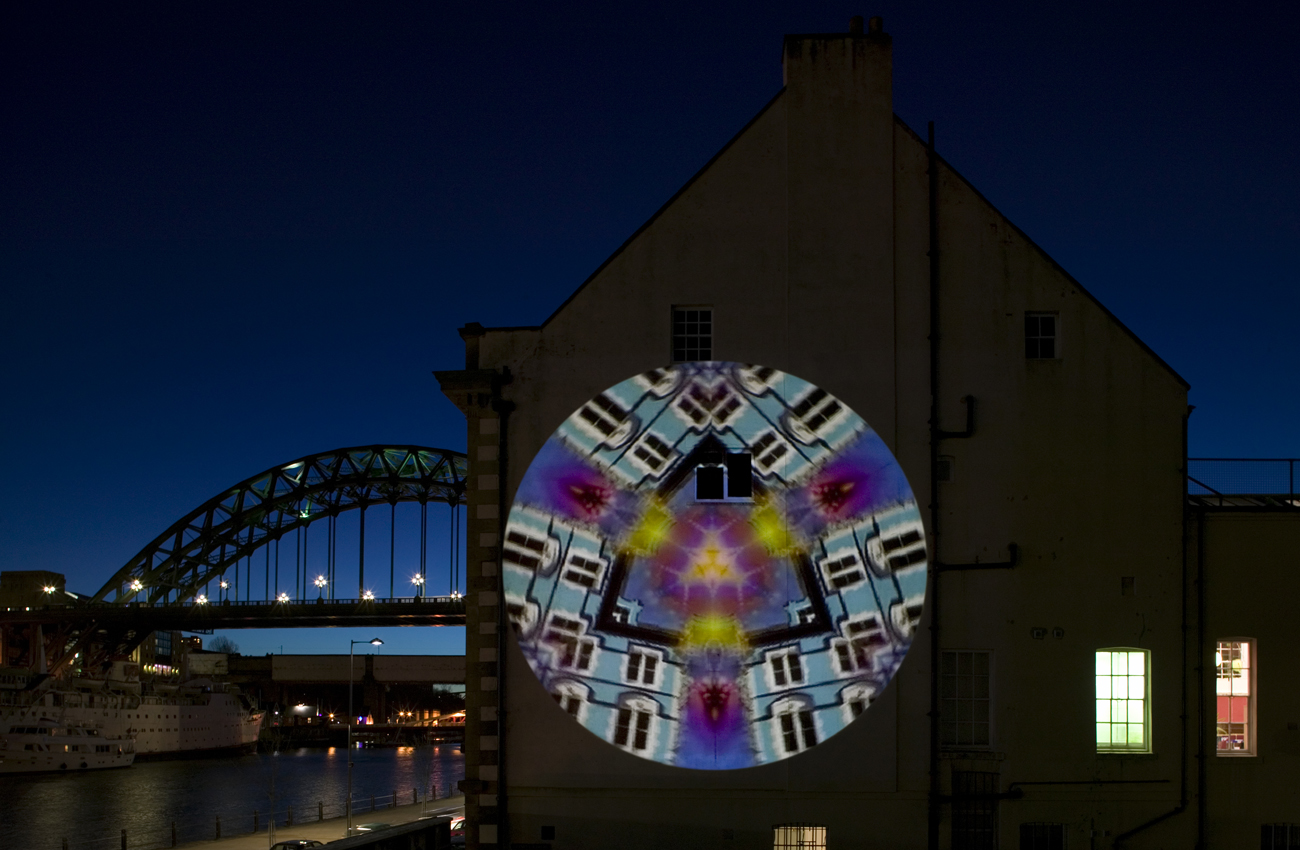 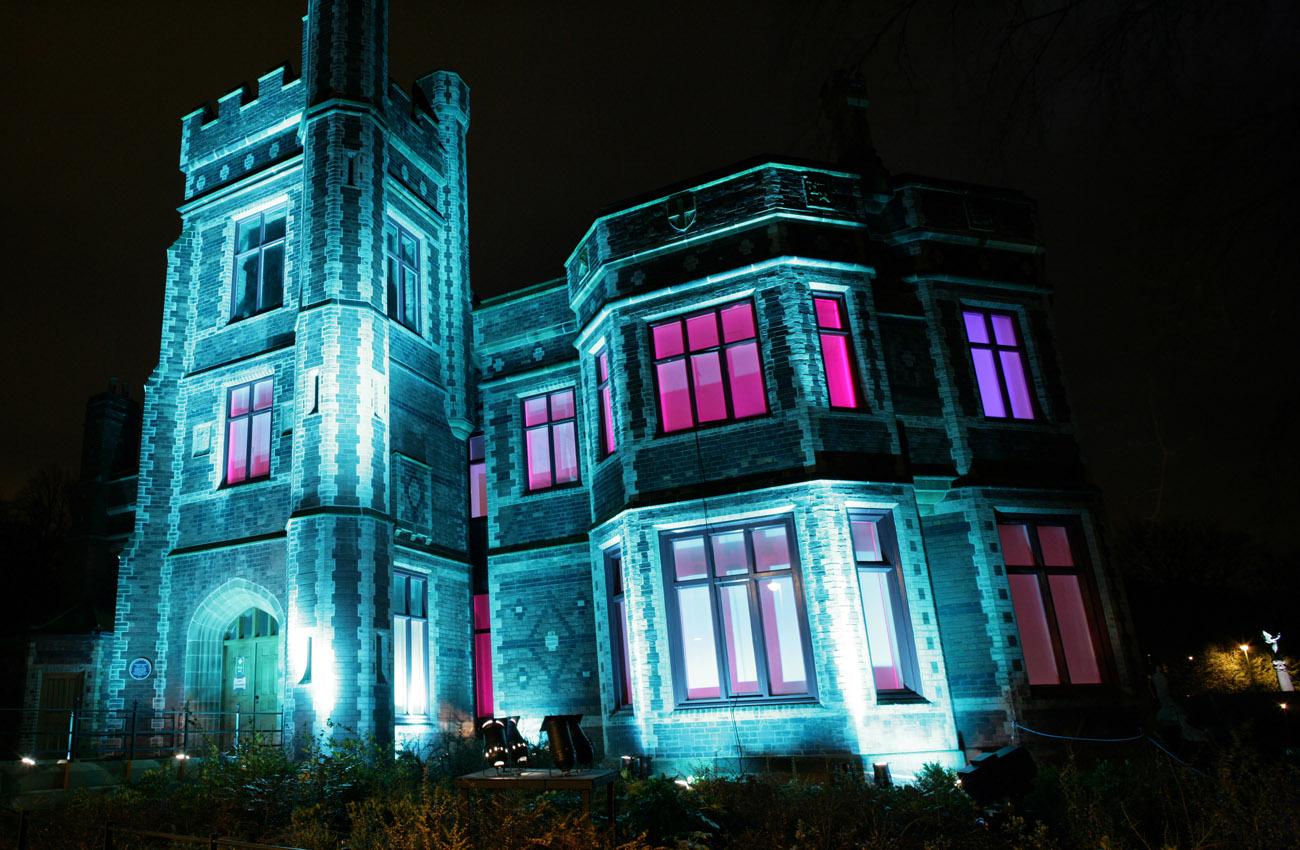 Glow brought a brilliant array of world-class lightworks, celebrated artists and emerging talent to the city, showcased over a 2 mile illuminated route through the back streets of the city centre.

‘The Shadow House’ at Saltwell Park and Benwell saw the great Victorian brick edifices transformed into a winter fairytale setting, with original animated films by puppeteer Alison McGowan, illustrator Lindsay John and film-maker Mark Huskisson, projected from the interiors of the buildings.

‘The Vampire Rabbit Trail’ used Newcastle’s legendary and mysterious rabbit, which is carved above a doorway by St Nicholas Cathedral, as a repeated motif around the main festival sites. The trail gave children an engaging challenge to mark down and collect all of the rabbit projections onto a map.

‘Mobile’ was a community collaboration between NVA and Newcastle event producers Name. A specially designed mobile disco set in a perspex cube travelled around temporary outdoor venues throughout the city for impromptu dance events and music workshops. Other highlights included work by Monica Bonvicini, Ugo Rondine, Smith/Stewart and Graham Gussin.

From engaging local projects to the chance to see contemporary work by renowned visual artists, Glow worked for a regional audience while bringing a national profile to the festival. 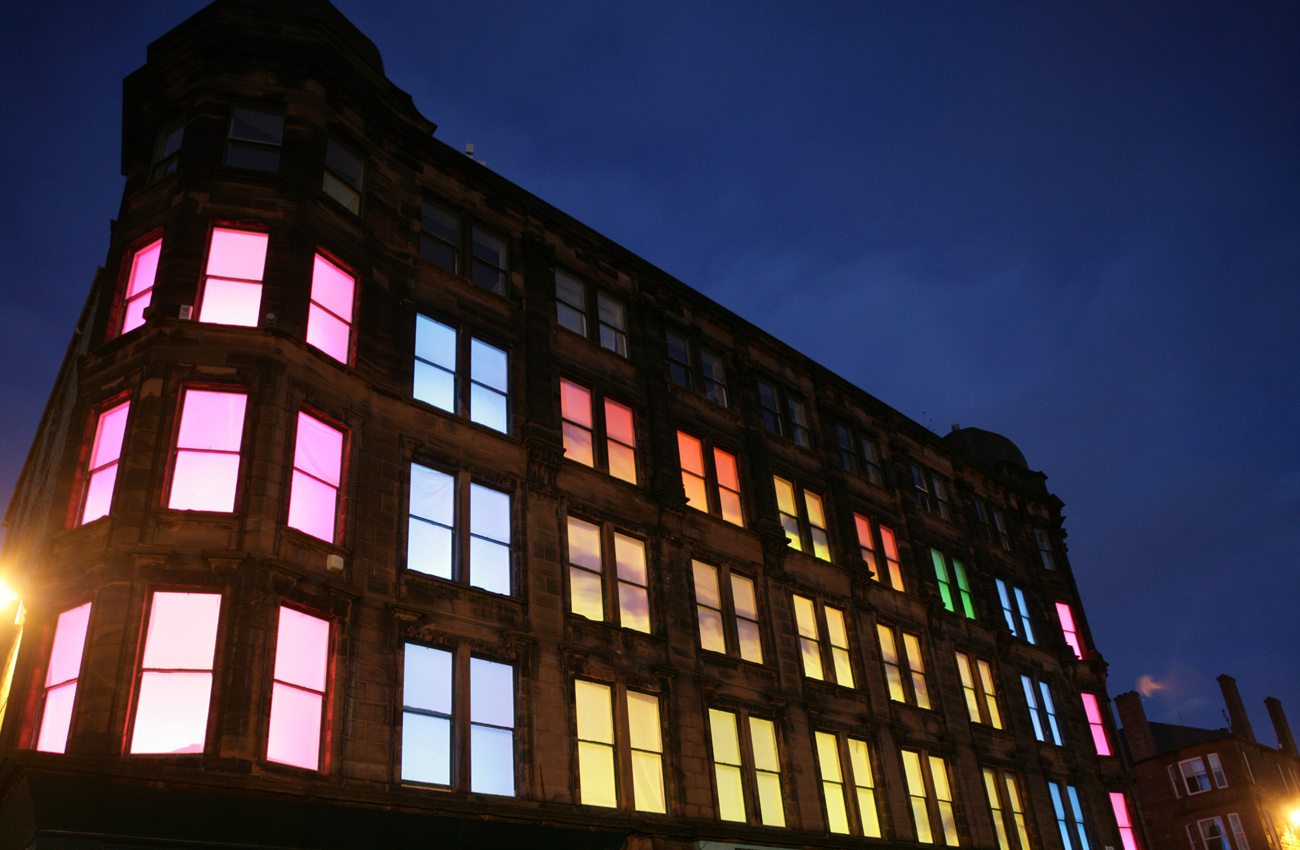 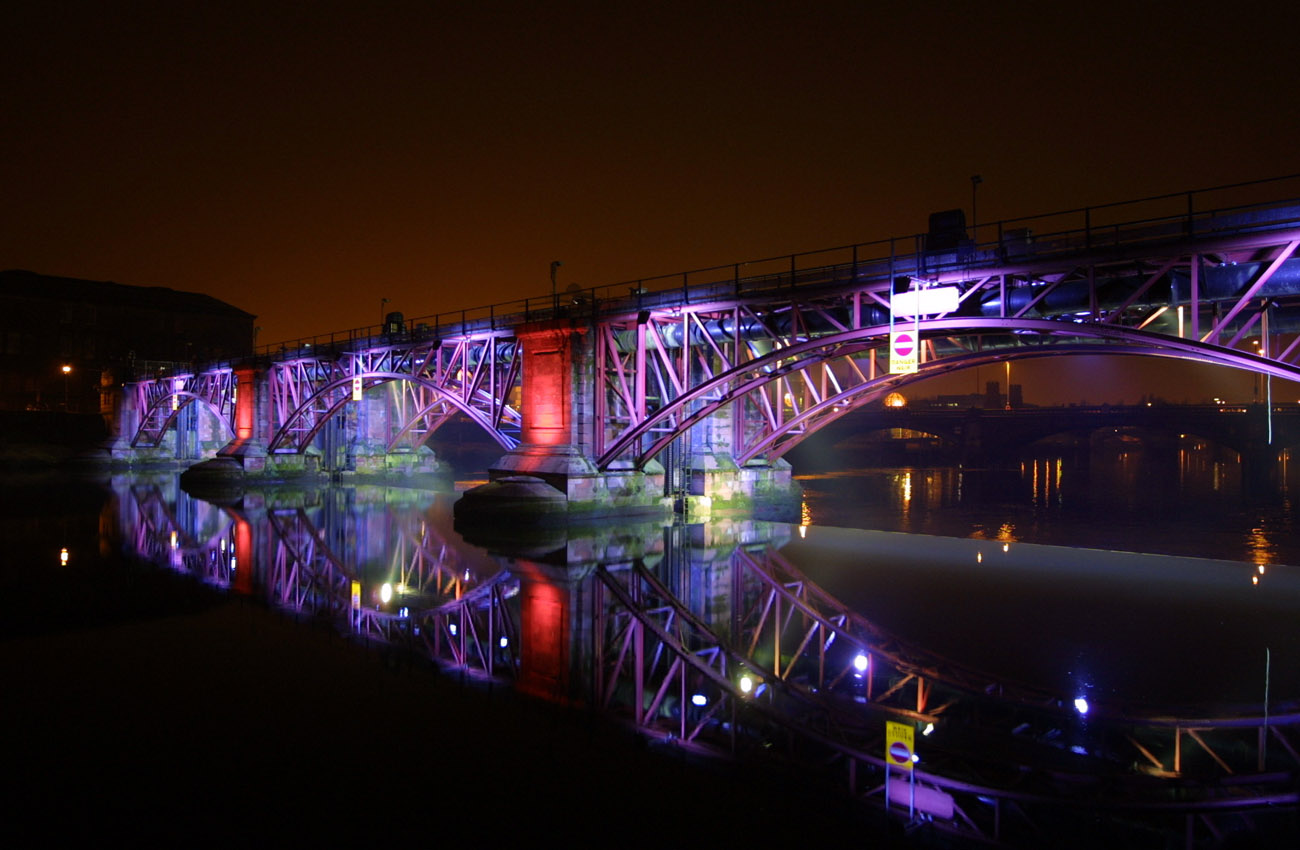