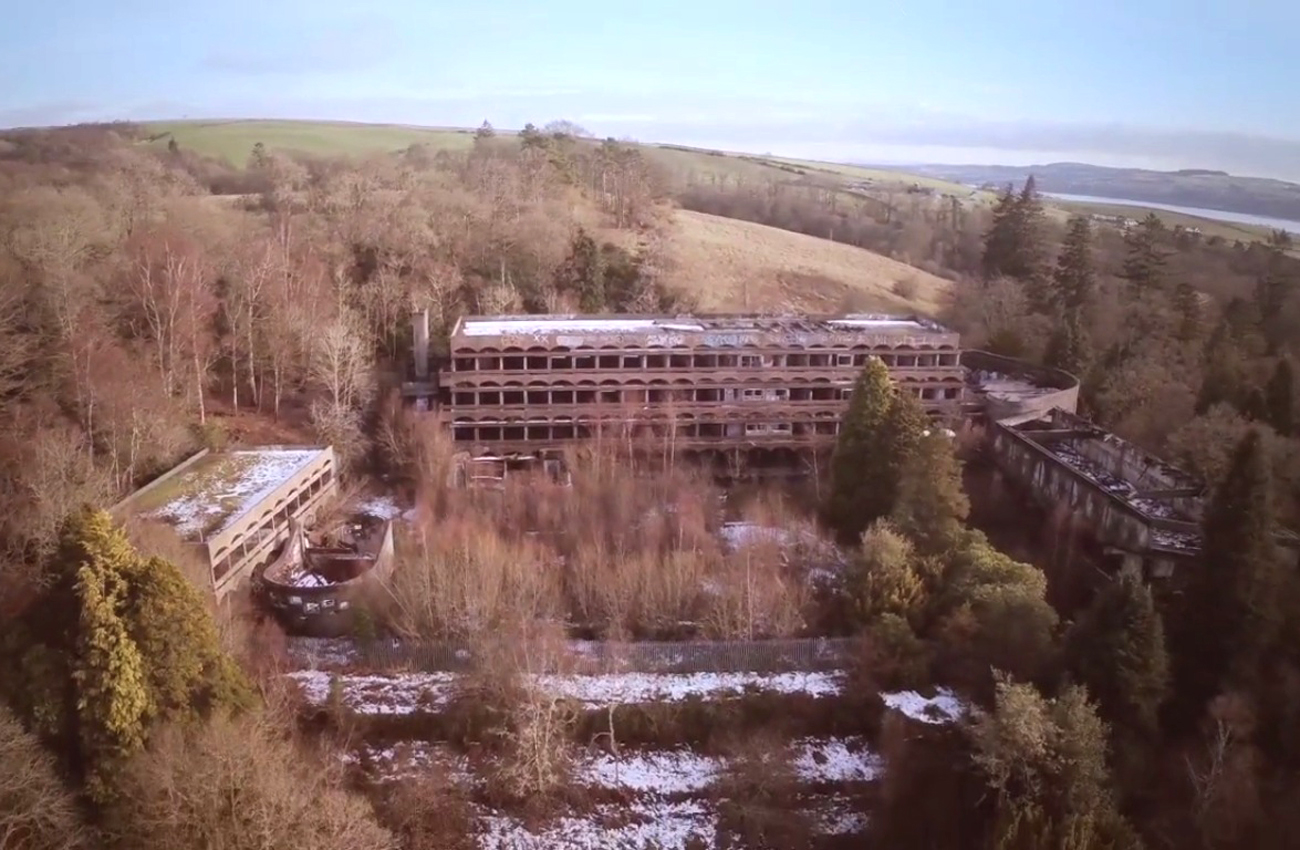 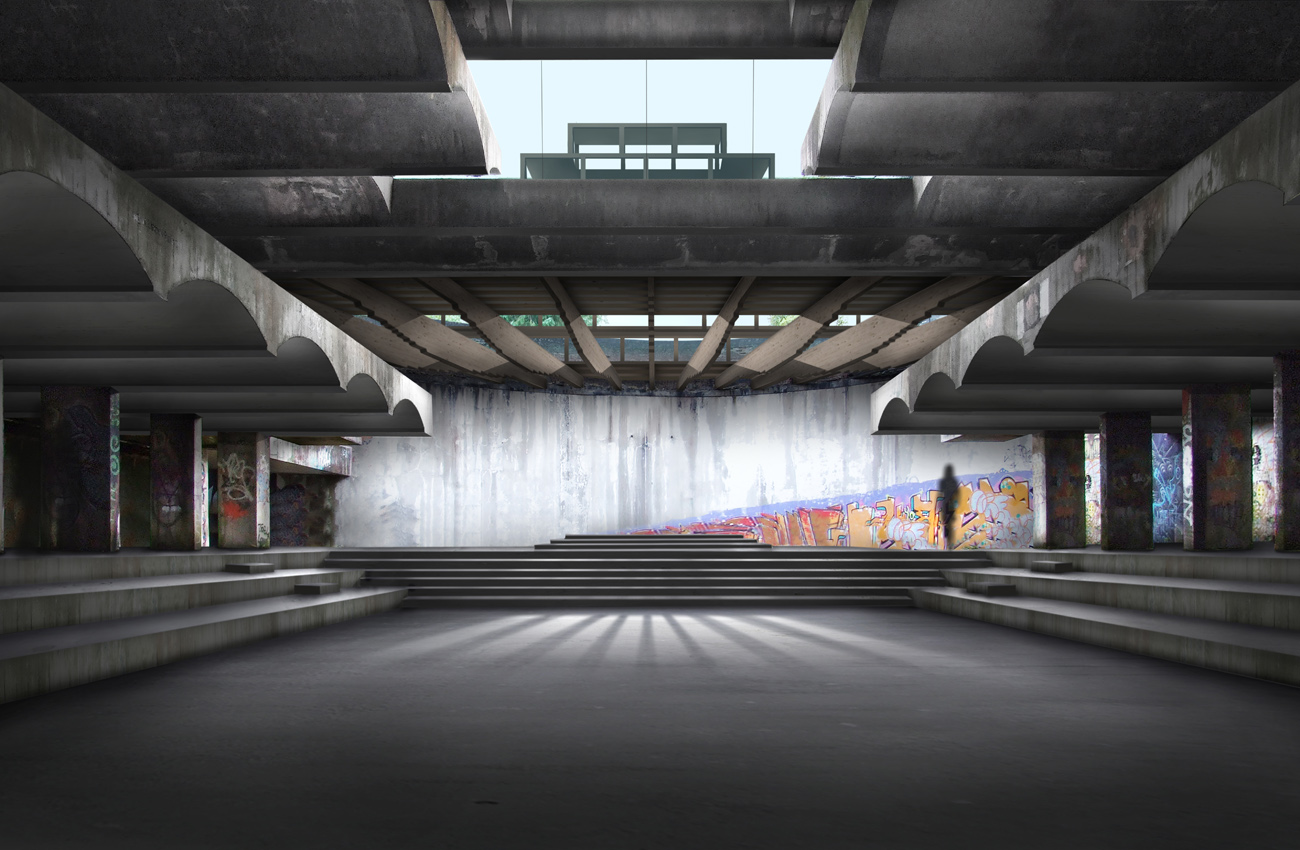 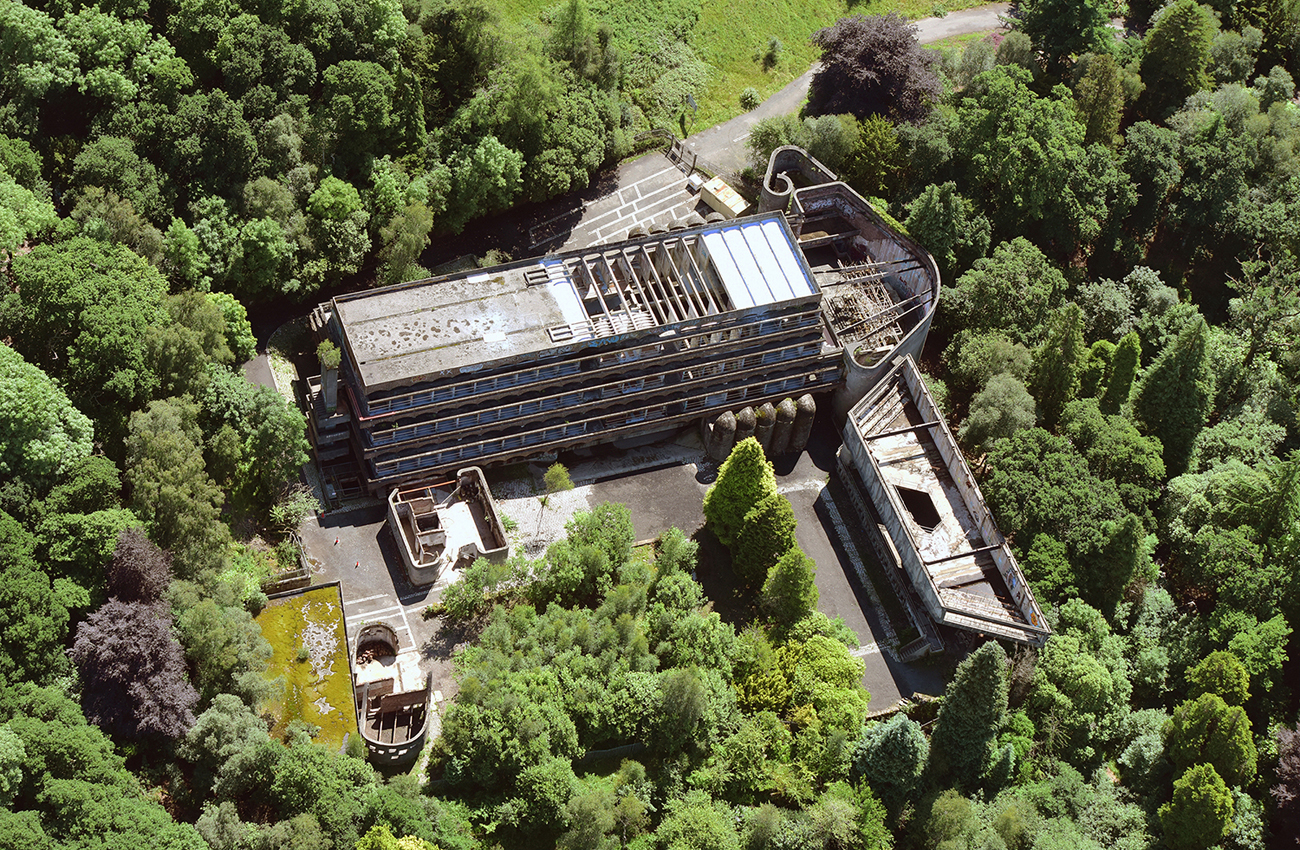 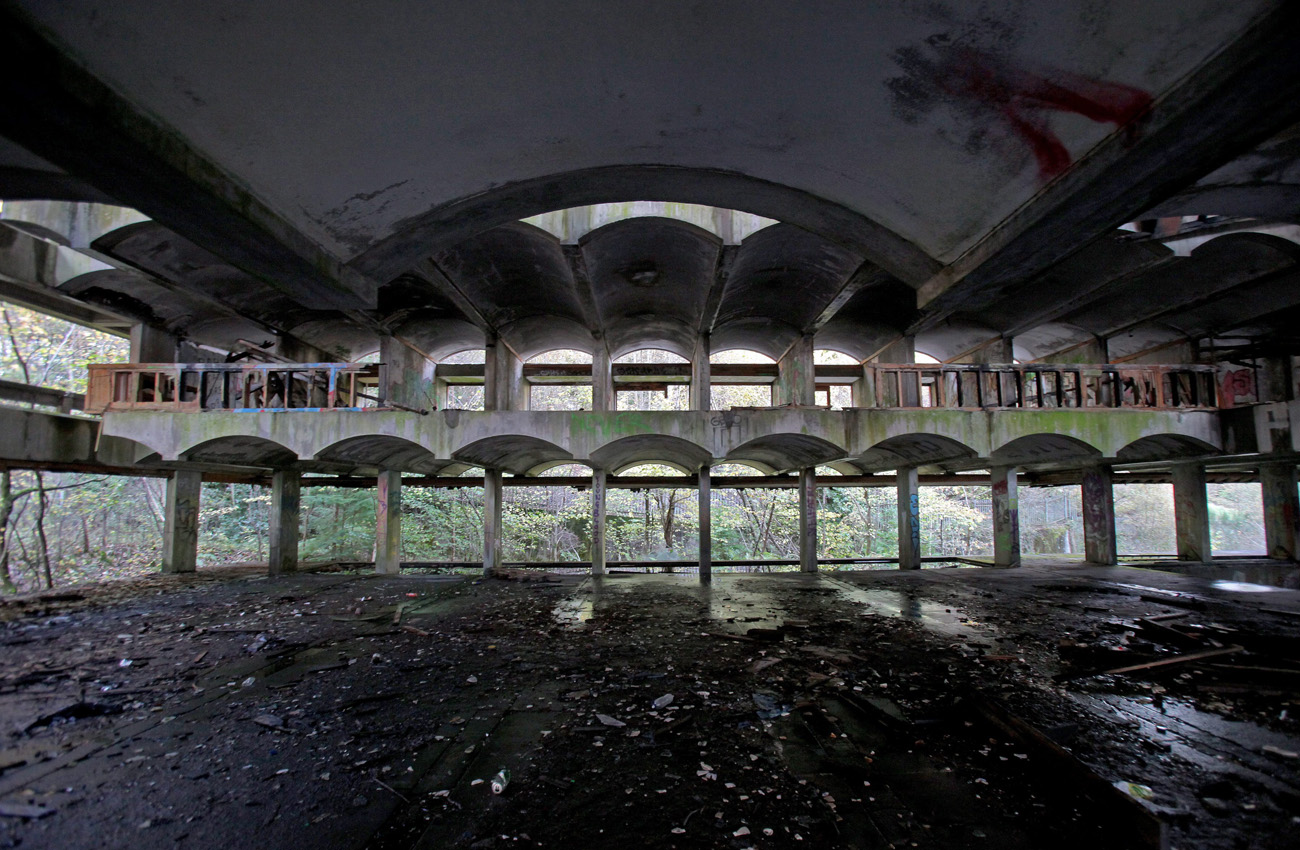 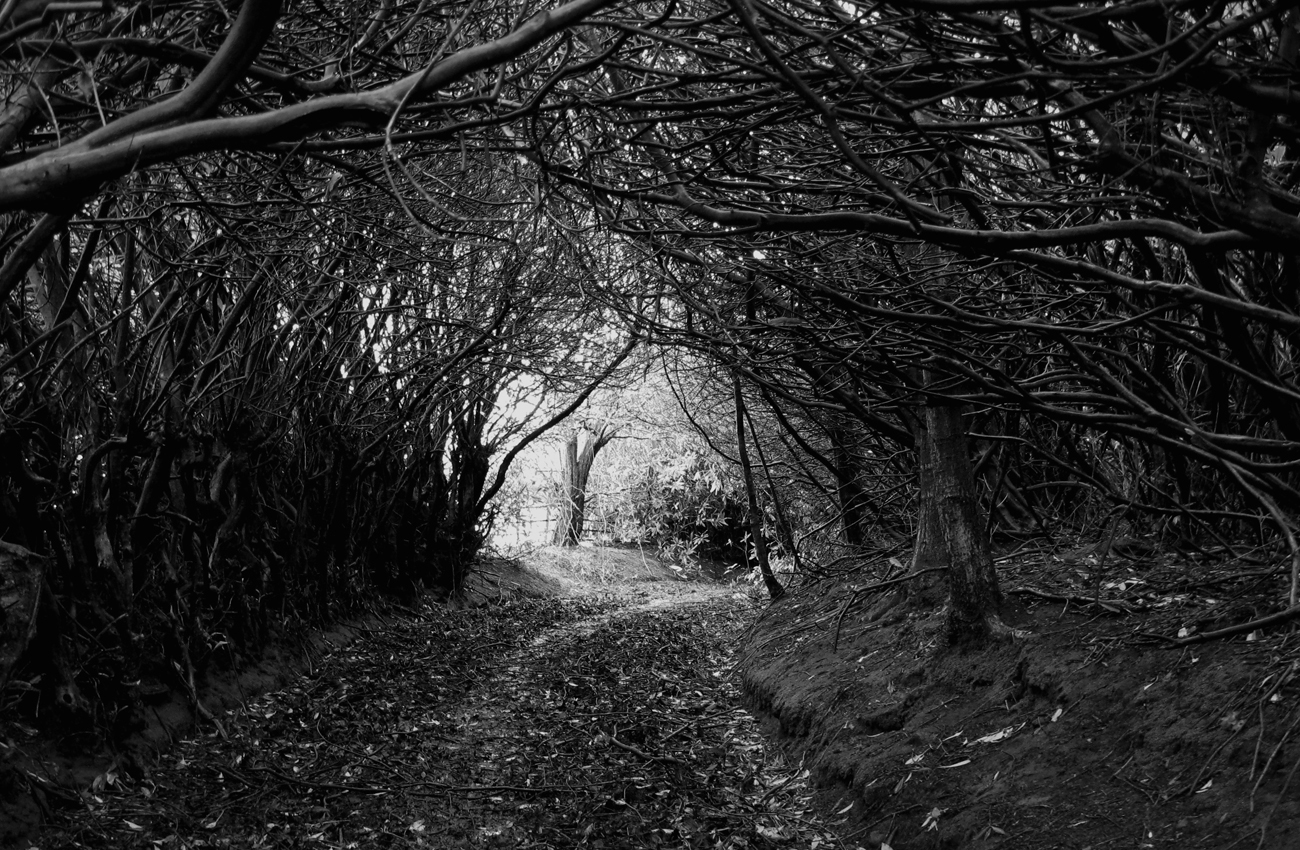 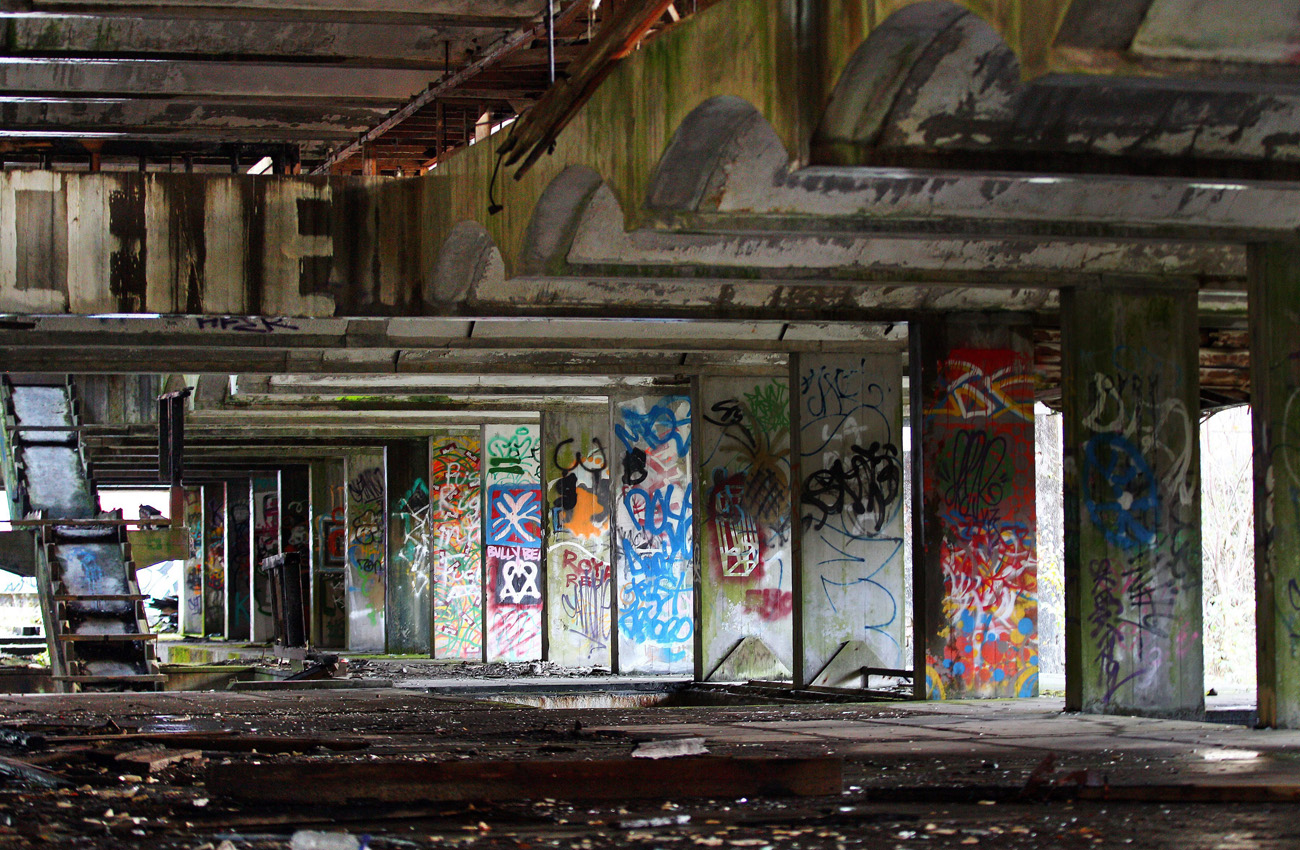 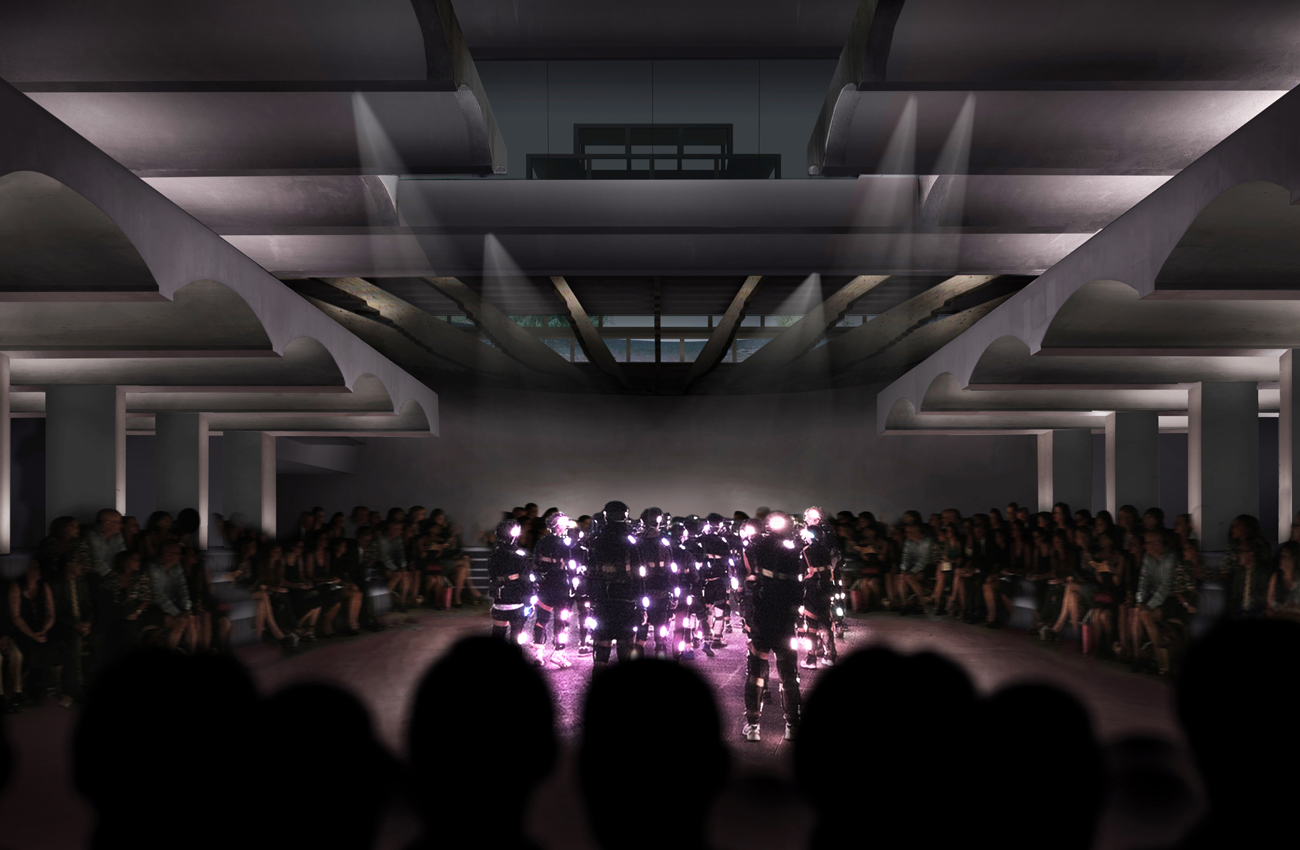 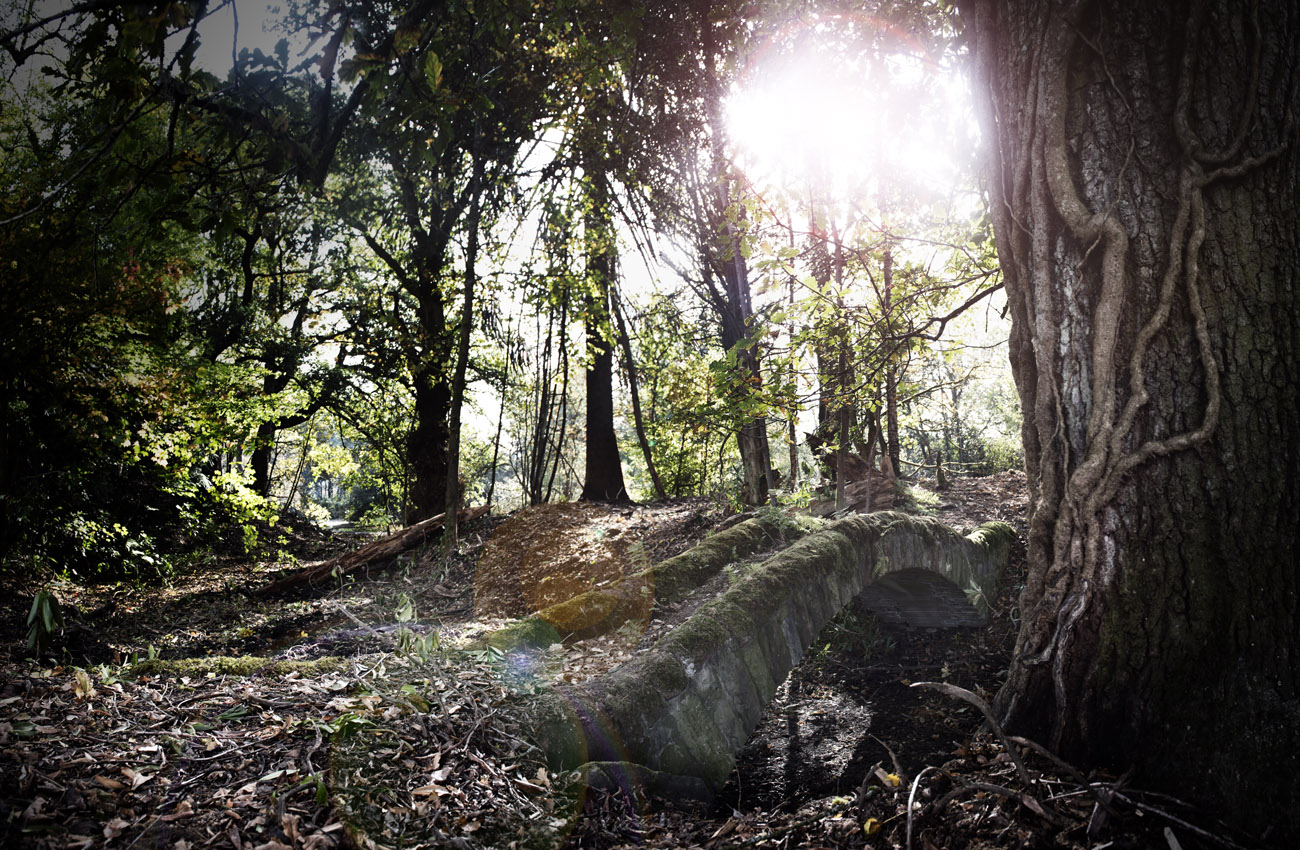 For several years, we have been working to reclaim the future of the world-renowned St Peter’s Seminary, an iconic modernist ruin in Argyll and Bute, and the surrounding landscape of Kilmahew woods. The space will become a dramatic setting for public art and debate that speaks back to the world and finds relevance and use for bold and imaginative thinking.

Abandoned since the late 1980s, every structure within the woodland, from medieval to modern, has been reduced to ruins. Brutal, beautiful, romantic, ravaged, spiritual, shocking – this is a place that provokes many reactions. Designed by Glasgow architects Andy MacMillan and Isi Metzstein of the renowned Gillespie, Kidd and Coia architectural practice, St Peter’s Seminary was completed and consecrated in 1966. Almost 50 years on from the day it opened we are witnessing the first positive steps towards a new purpose. Hazardous materials have been removed from the building, vault stabilisation works have been completed and Hinterland, the first event on site, has attracted a phenomenal level of profile and support for the plans.

“This is truly its last chance, but what a great chance.”
– Angus Farquhar, NVA

Our vision accepts loss and ruination as part of the history of the place.  The imaginative re-use of this great modernist structure reflects the same social dynamism and ambition with which it was conceived: a spirit of working to improve things and imagining a better world. Rather than rubbing off the hard edges to create a polished version of the past, the intention is to preserve a raw sense of otherness, excitement and revelation.

The collective actions that will bring Kilmahew / St Peter’s back to fruition will take many years, but every step has value in the site’s transformation from its current state of glorious abandonment.

Designed by Glasgow architects Andy MacMillan and Isi Metzstein of the renowned Gillespie, Kidd and Coia architectural practice for the Catholic Archdiocese of Glasgow, St Peter’s was completed and consecrated in 1966. It went on to win the RIBA royal gold medal for architecture. However, the building was only in use as a training college for priests for 14 years. After 30 years of abandonment and decline the buildings are now registered as one of the World Monuments Fund’s most endangered cultural landmarks.

The seminary buildings were originally designed to wrap around the existing baronial manor, Kilmahew House, which was destroyed by fire and eventually demolished in 1995, with only the footprint of the house’s foundations visible today. The seminary’s international significance links to the work of the architect Le Corbusier, and specifically his monastery of Sainte-Marie-de la Tourette near Lyon in France. With St Peter’s, there was rare group value in the highly charged relationship of the new buildings both to each other and to the original 19th century house and in their acutely sensitive response to its immediate setting – a relationship that is still legible despite current dereliction. 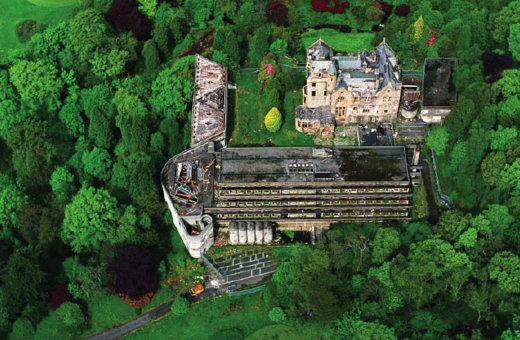 The Victorian-designed landscape of the Kilmahew estate has miles of buried trails, waterfalls and historical bridges that cross its two burns. It is full of remnants of its much older history, with ancient yew trees and a medieval castle keep hinting at its rich 500 year history of human intervention. The name Kilmahew is derived from the Chapel of St Mahew. Mahew, a 6th century monk, was part of the first wave of proselytizers spreading Celtic Christianity from Ireland to Scotland. The name first appeared on the map as ‘Kirkton of Kilmahew’, a piece of land where a small chapel was built half a kilmometre to the west of the woods. The chapel is said to have existed since the earliest Christian times. There is speculation that an ancient baronial house seen on early maps of the area and long since destroyed may have been the home of Robert the Bruce during his later years.

The site contains a number of historical features, all in a ruinous state, including a 16th century castle keep, a Victorian walled garden, and the footprint of Kilmahew House, the baronial manor built in the 1860s which sat at the centre of the seminary complex until it was destroyed by fire in the 1980s. 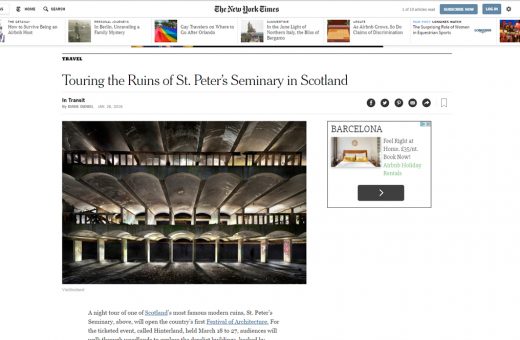 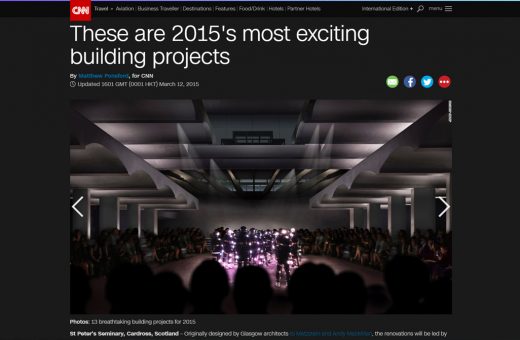 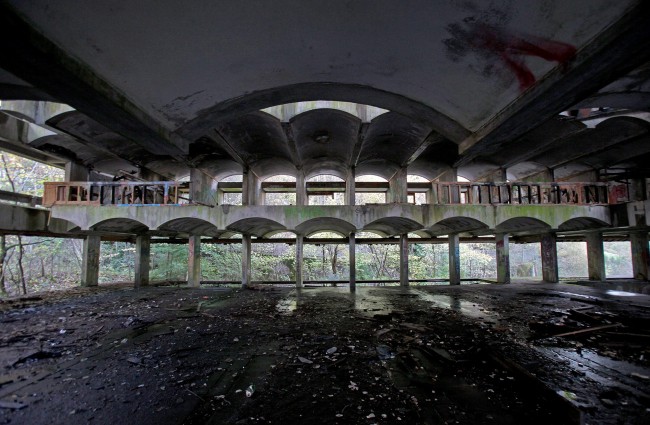 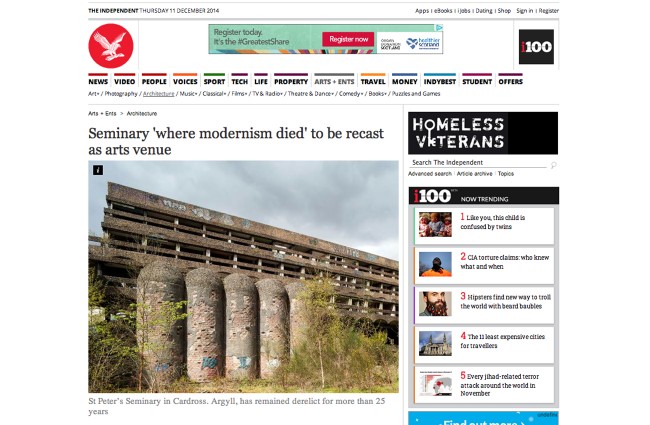 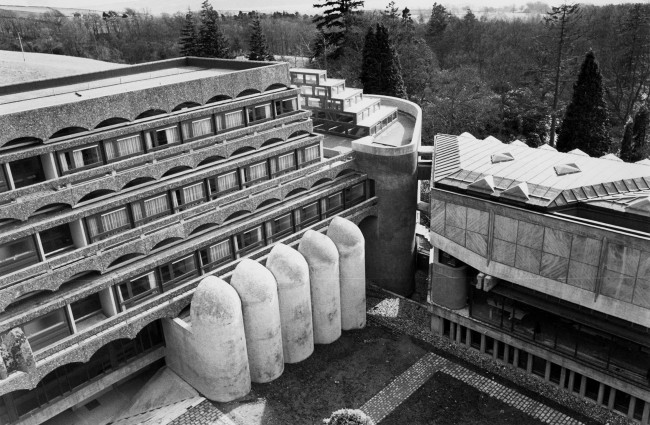 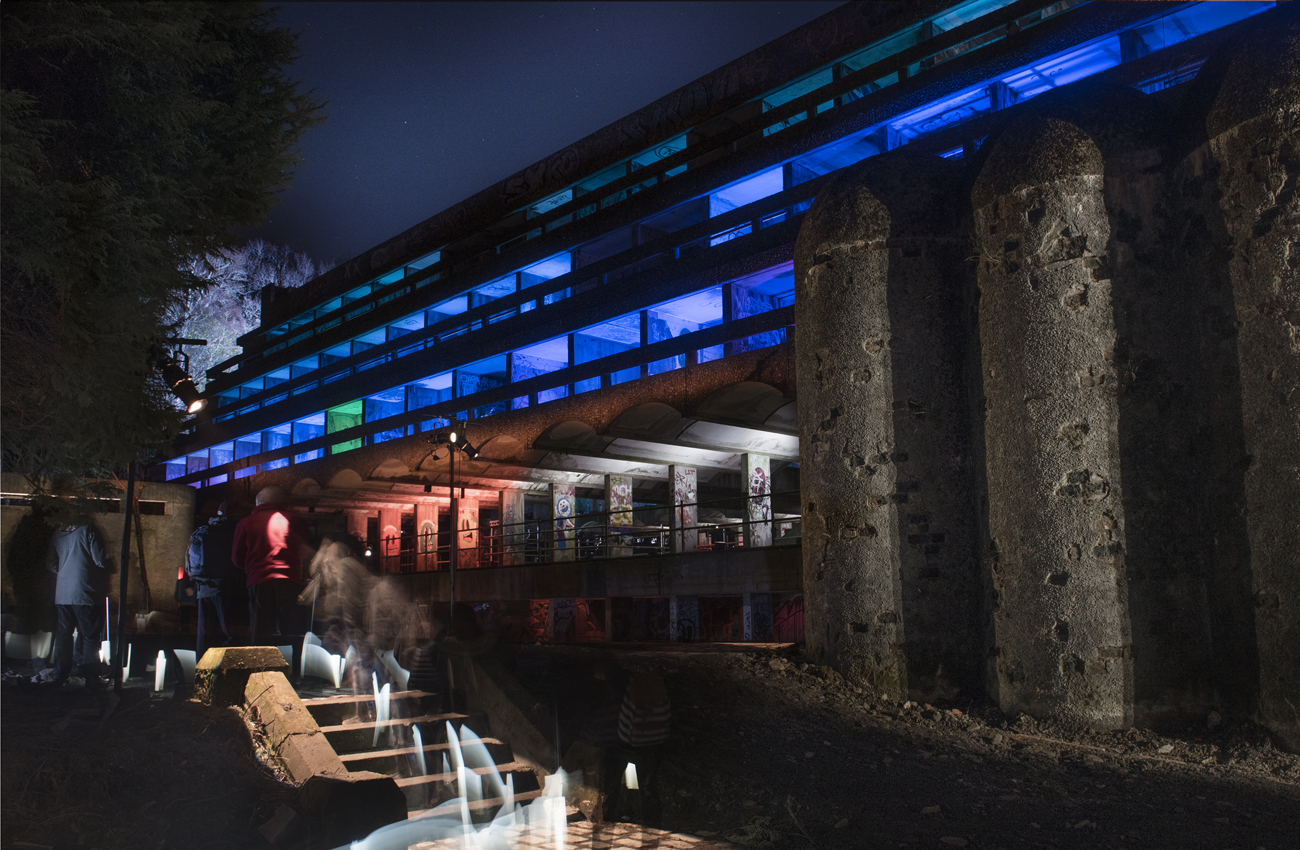