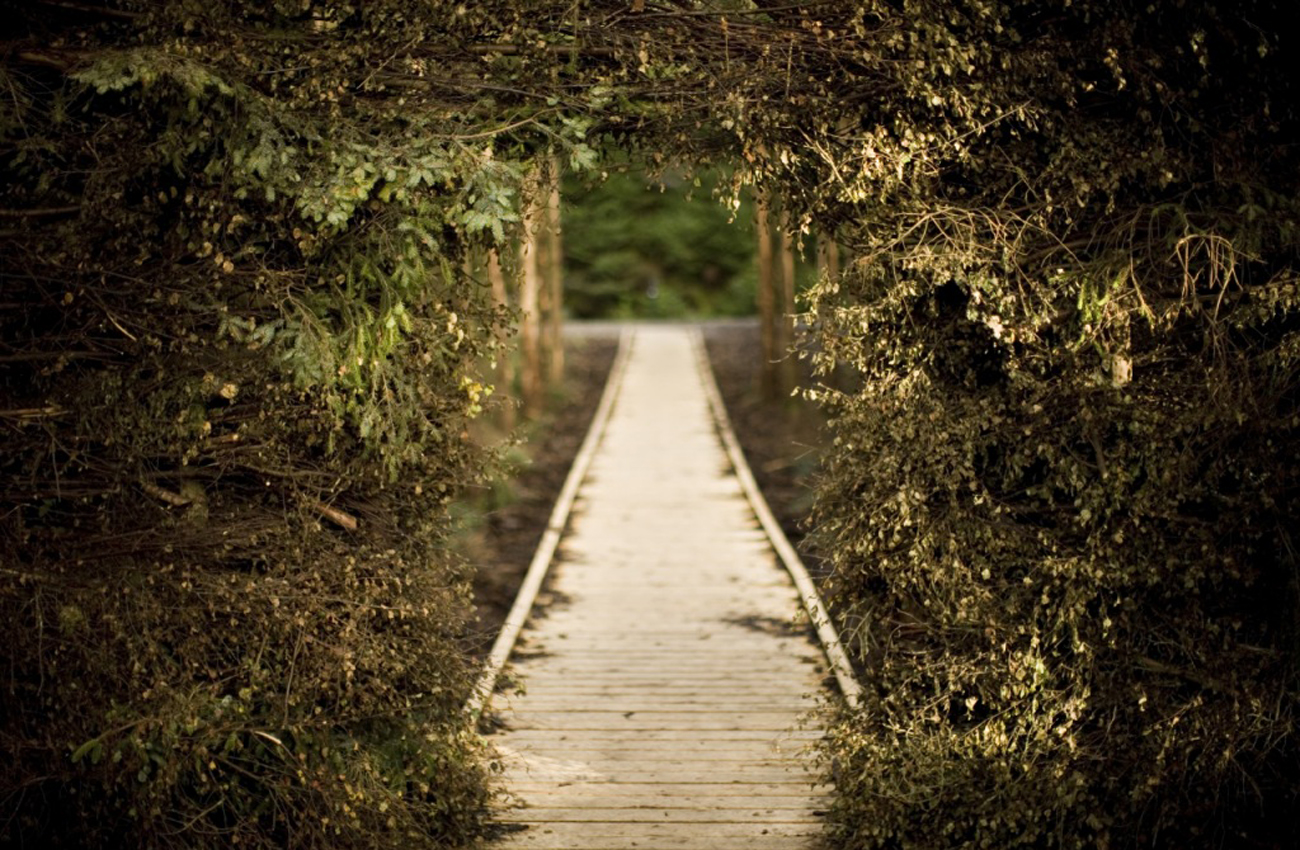 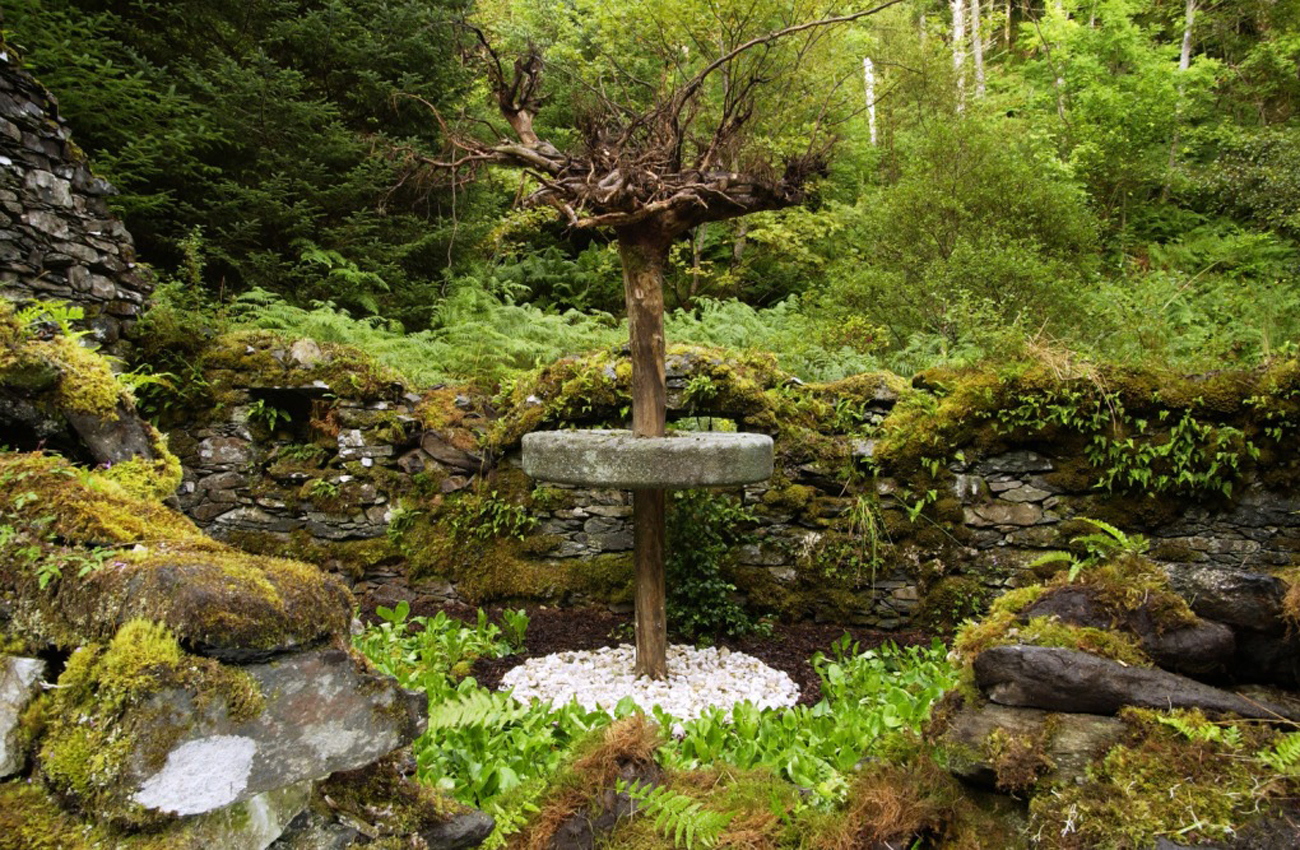 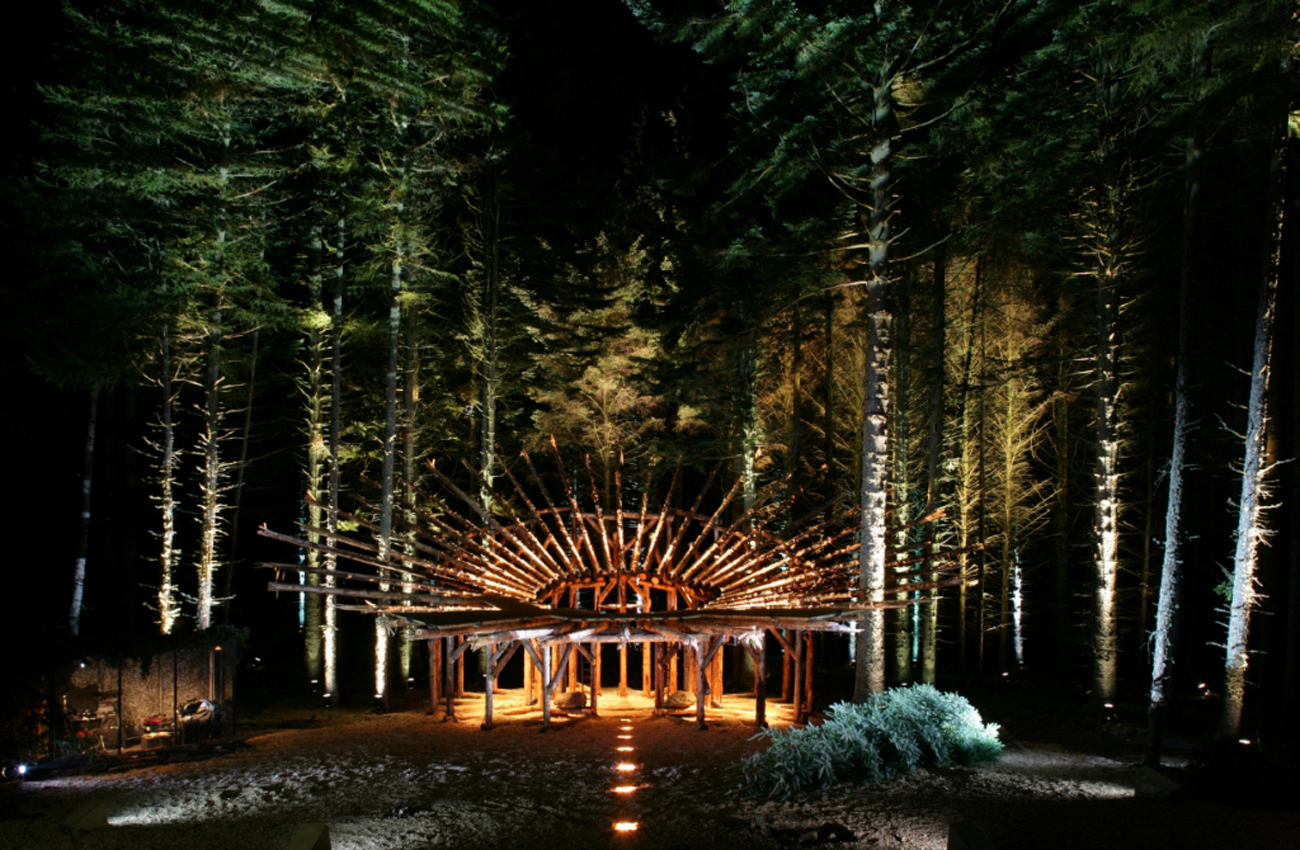 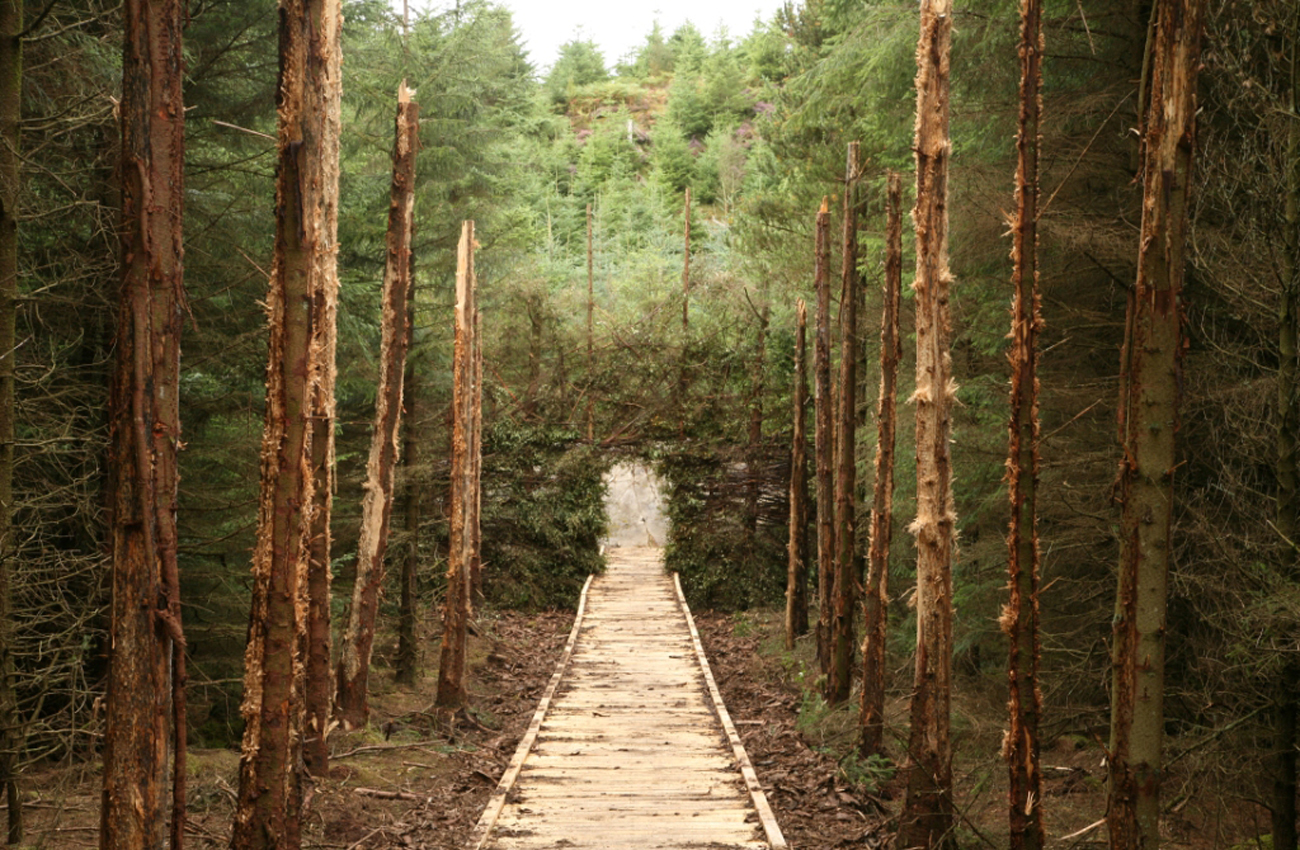 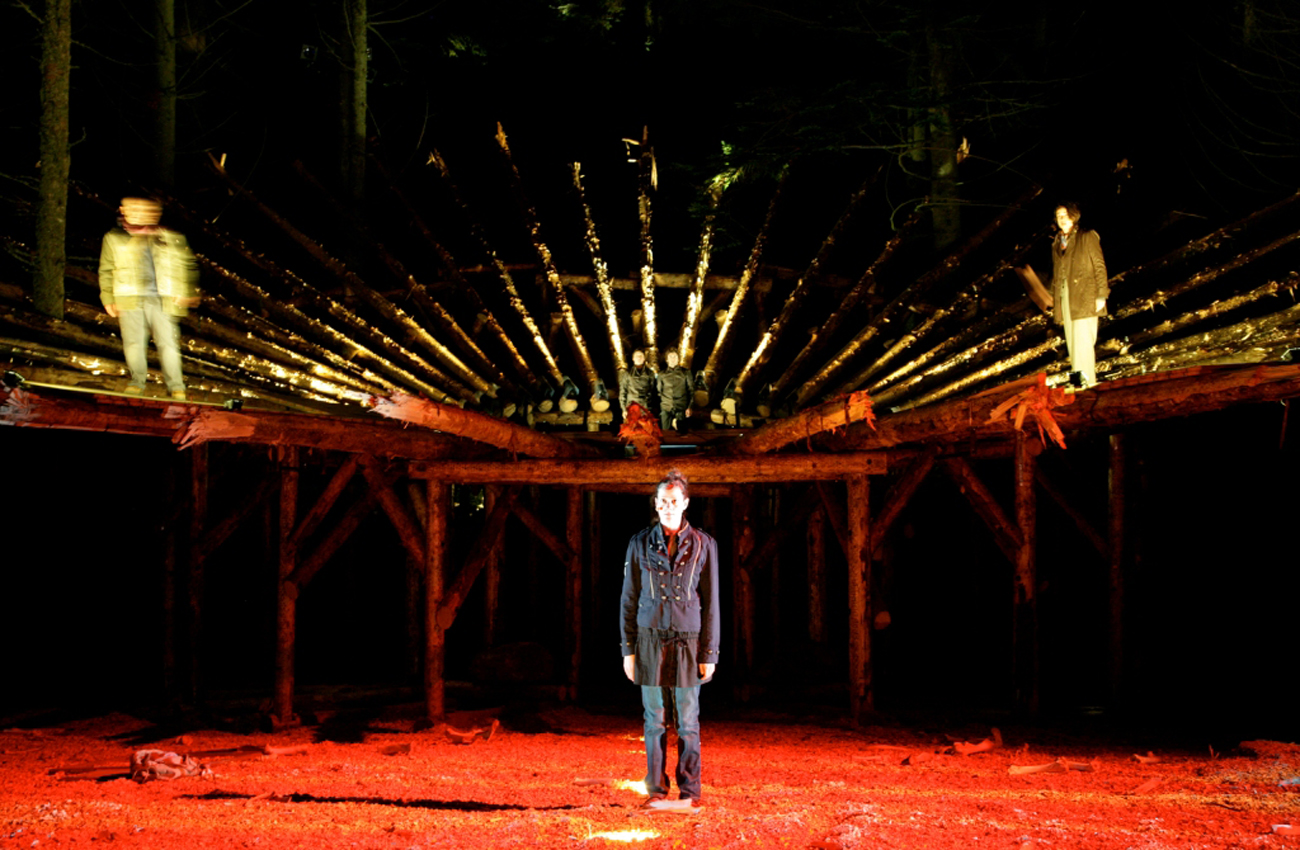 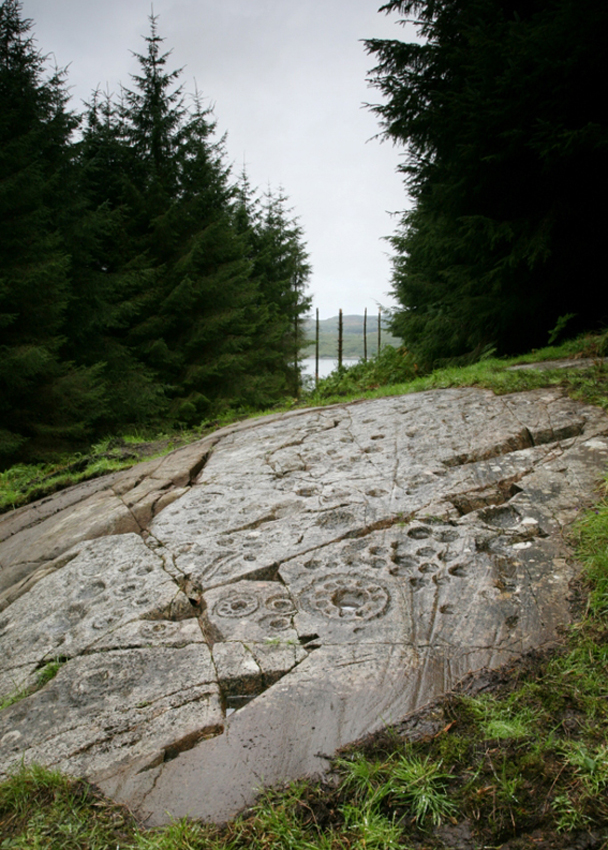 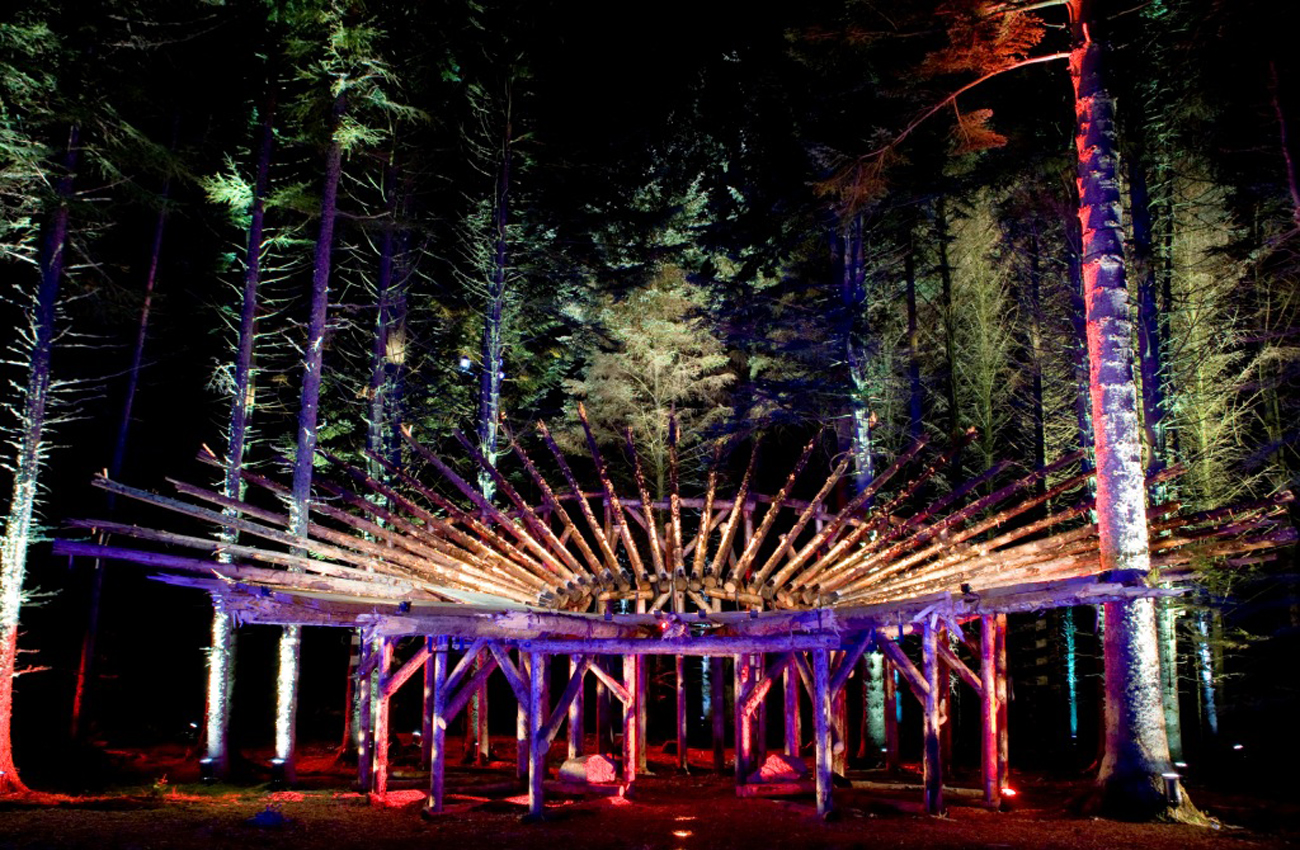 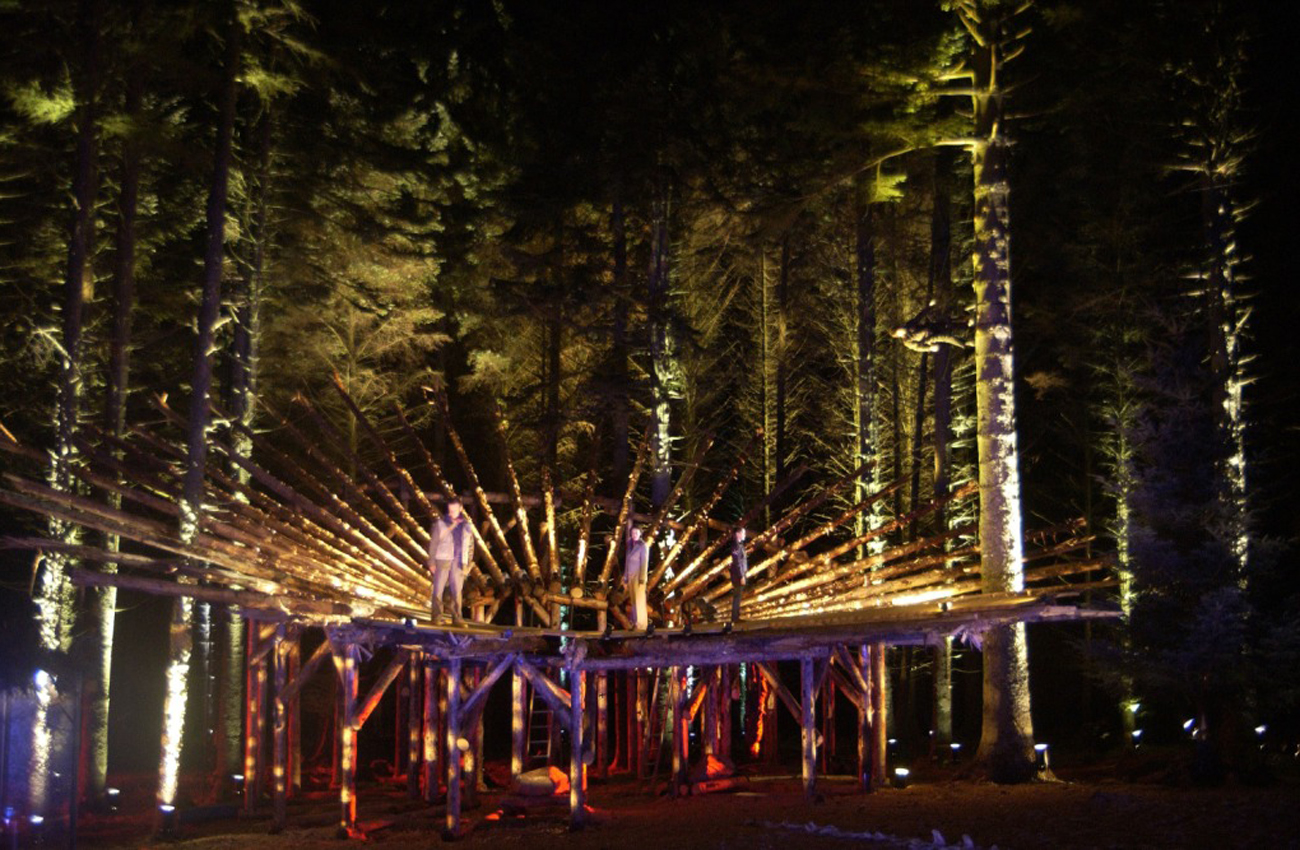 Half Life was a complex landscape work and performance set in Kilmartin Glen, Argyll and NVA‘s first co-production with the National Theatre of Scotland. Staged throughout the day and night in one of the world’s most significant prehistoric regions, Half Life offered a physical and emotive experience which set out to reveal the dark but inspiring mindset of Scotland’s early Neolithic inhabitants. The extraordinarily rich heritage of the region has a remarkable story to tell, boasting more than 350 ancient monuments within a 6 mile radius, the highest density of uncovered cup and ring marked rocks, and other evidence of Neolithic occupation including henges and burial complexes – the beginnings of a truly cultural landscape.

Half Life started by day, when people were invited to explore a series of atmospheric sites and installations based around known and rarely seen prehistoric landmarks. Forests and entrances were manipulated to create intriguing new thresholds. These included cup and ring marked stones carved 3,000 to 4,000 years ago, magnificent burial cairns, standing stones and ancient hill forts. Curated by Barry Esson, Lee Patterson and Toshiya Tsunoda’s sound installations subtly enhanced the existing sounds of the natural environment.

In the evening, an outdoor production written by Thomas Legendre was staged in an atmospheric forest location at the entrance to Achnabreck. The play centred on a sculptural set designed by Simon Costin and James Johnson constructed from hundreds of felled logs. An original soundtrack was composed and played live by Rhodri and Angharad Davies. Seen through the eyes of an eminent archaeologist, the realms of the living and the dead seemed to merge, bringing to light the remarkable beliefs that focused the ritual activity in our earliest societies. A rare foray into a theatrical mode of presentation, it marked a brief divergence from NVA’s public art aesthetics. 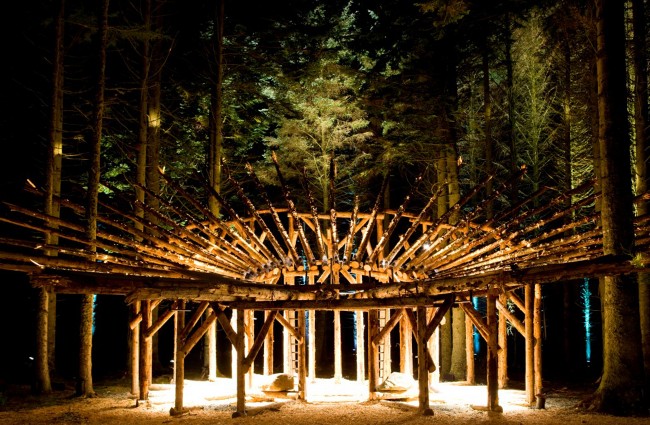 Three enigmatic physical interventions are accessible throughout the year and allow both first time visitors and those wishing to revisit the area an opportunity to explore the landscape and the themes of Half Life at their own pace. The Half Life website provides descriptions and downloadable maps for walking routes of varying lengths which can be visited over 1-2 days. The routes encompass a number of the most powerful existing Neolithic sites and forts in the area along with the permanent artworks which were designed by Simon Costin and James Johnson in association with Angus Farquhar.

The sites can be found at: Creag Mhos diagonal rock, Castle Dounie; the Mill Cottage, Glean-a-Glealbhan; and Achnabreck, Kilmartin Glen.

NTS Learn worked with pupils from Lochgilphead High School to produce a six month educational outreach programme based around the themes of the work to to encourage young people in the region to build their creative skills.  The work culminated in a live performance which incorporated video imagery, art installation and music composition. Importantly the work was entirely created and owned by the pupils.

Additionally, a work-shadowing programme ran for young adults giving a once in a lifetime opportunity to work alongside some of the UK’s specialists in the field of design, lighting and sound technology. 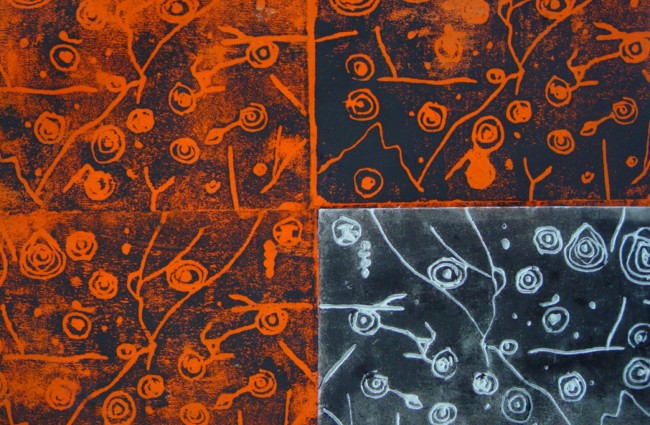 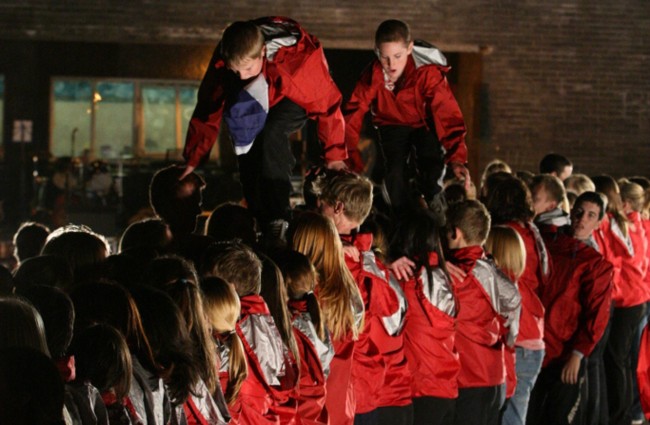 The aim of the work was to raise Argyll & Bute’s cultural profile nationally and internationally and to broaden the range of quality arts events taking place in the region. The work also improved the local economy by creating temporary employment and increasing tourism.

HALF LIFE: A Community Response, can be purchased in our Shop and features contributions from local project partners, community groups, work shadow trainees, individuals and all three educational programmes that were developed from Half Life.

Half Life permanent landworks can still be visited. For detailed instructions and to download a map visit the website www.halflife.org.uk.

These enigmatic interventions are accessible throughout the year and allow both first time visitors and those wishing to revisit the area an opportunity to explore the landscape and the themes of the project at their own pace. The routes encompass a number of the most powerful existing Neolithic sites and forts in the area along with three NVA permanent works which were designed by Simon Costin, James Johnson in association with Angus Farquhar.

Copies of the HALF LIFE book and map to the sites are still available from Kilmartin House Museum or can be ordered in our Shop. 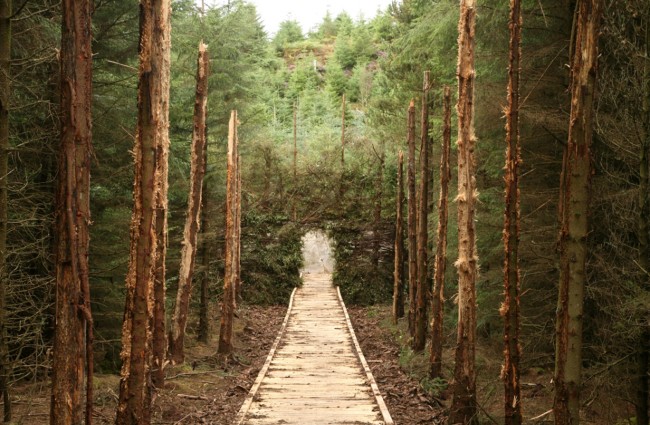 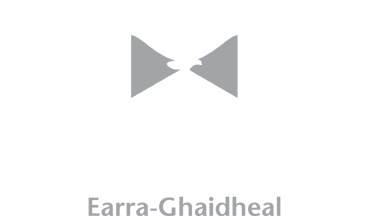 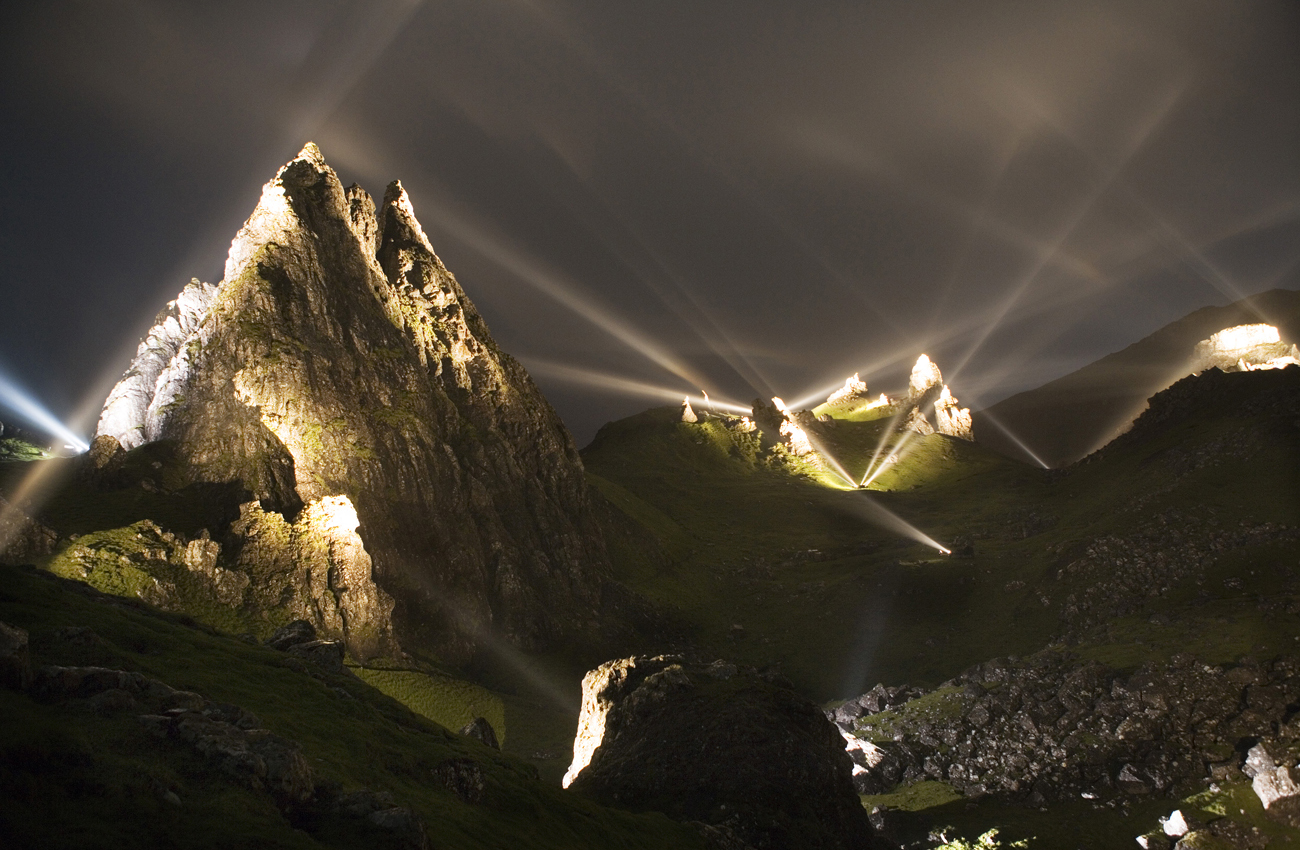