">Speed of Light Ruhr – NVA
Skip to content
All Artworks: 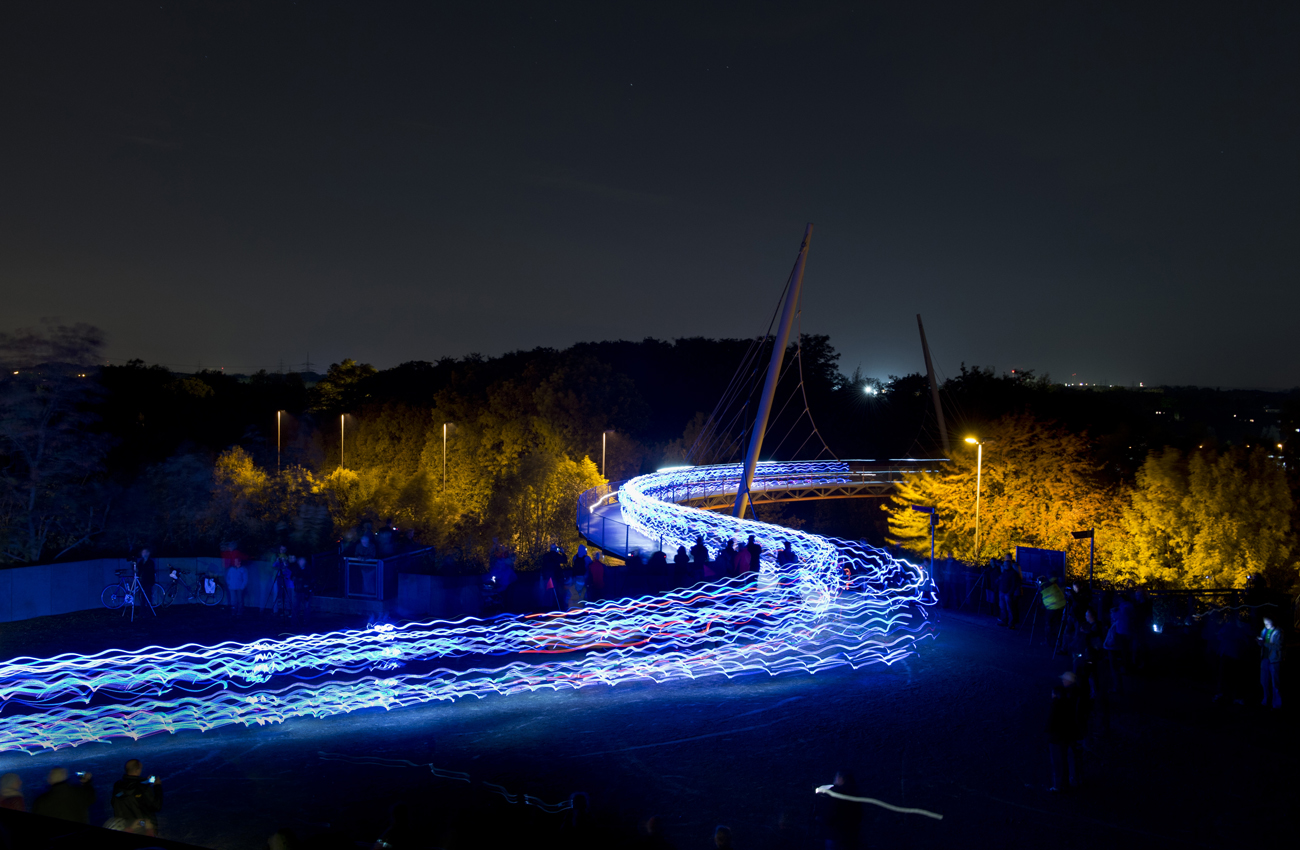 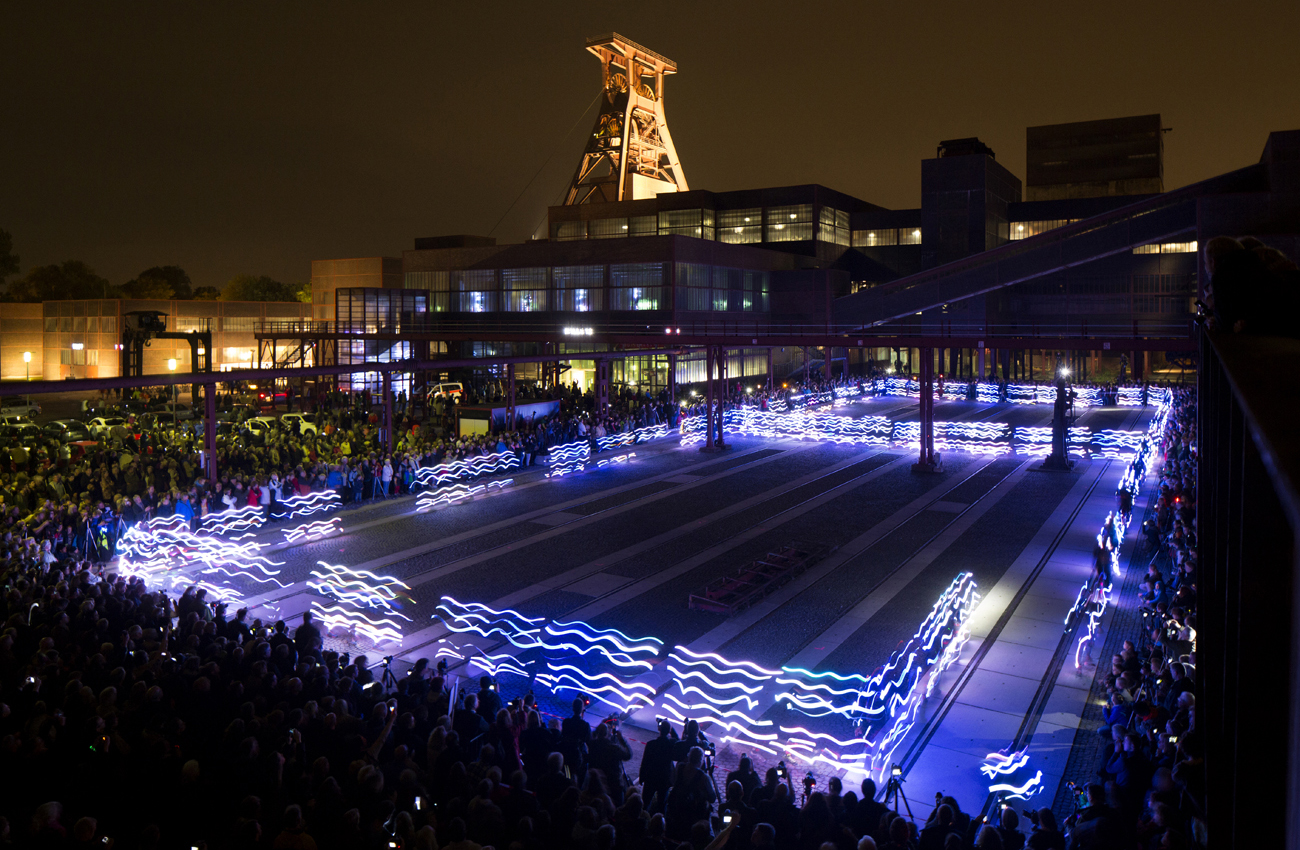 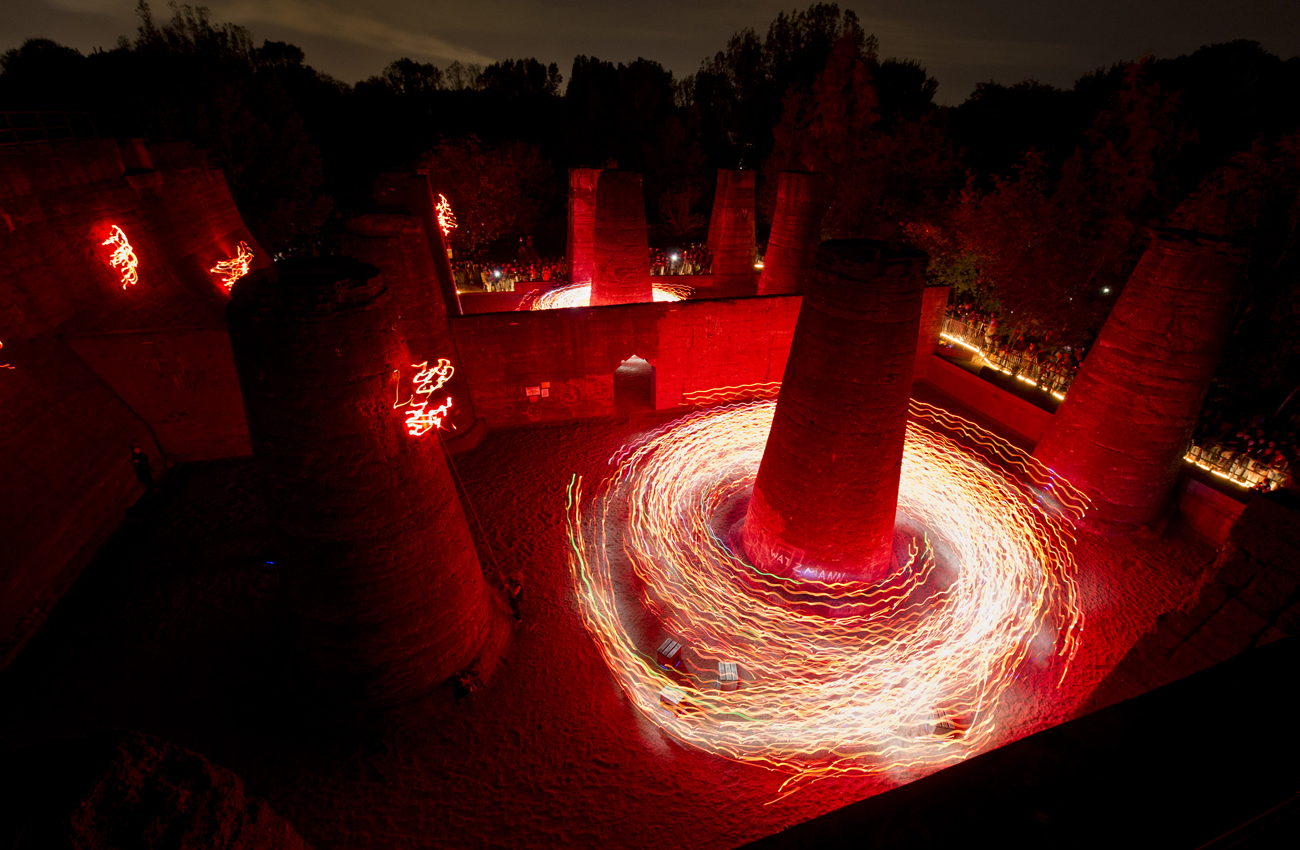 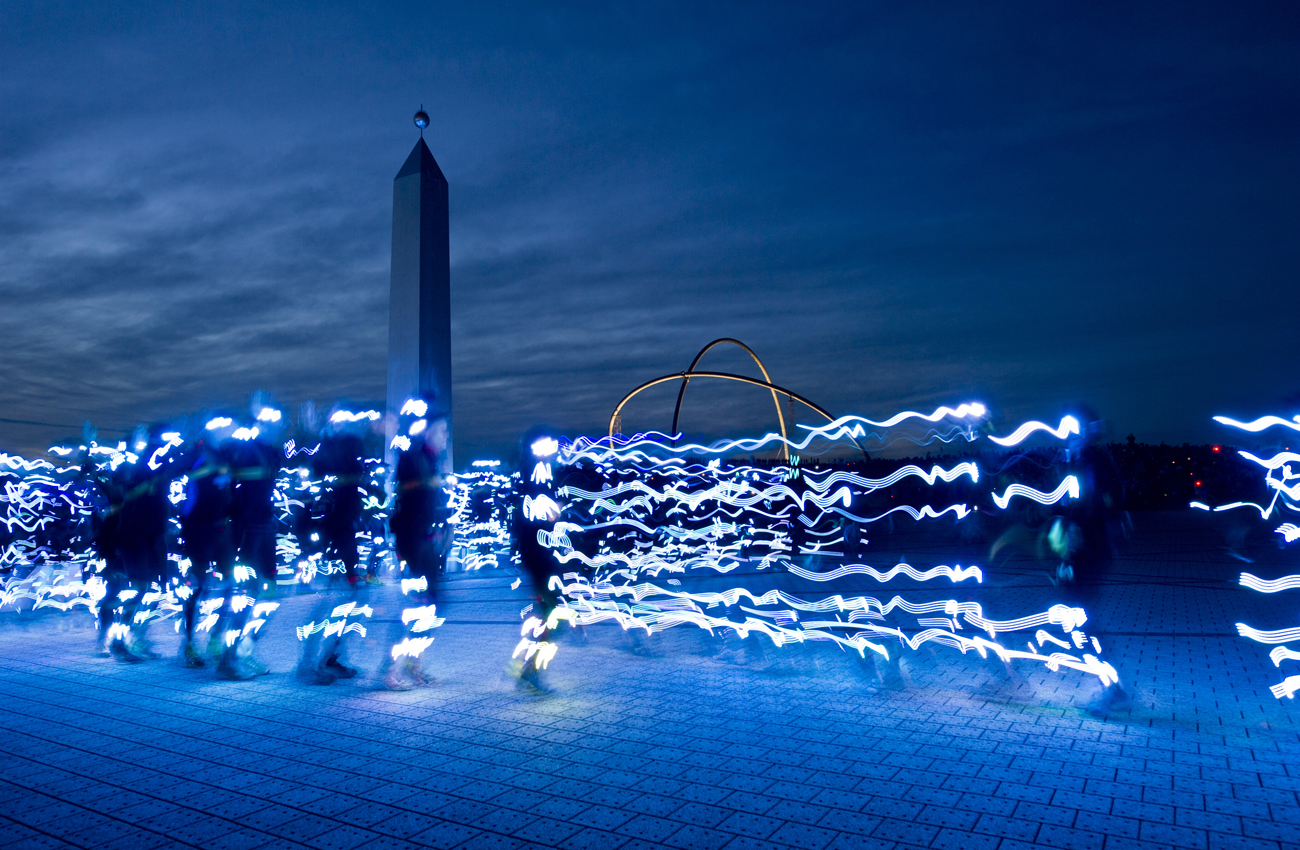 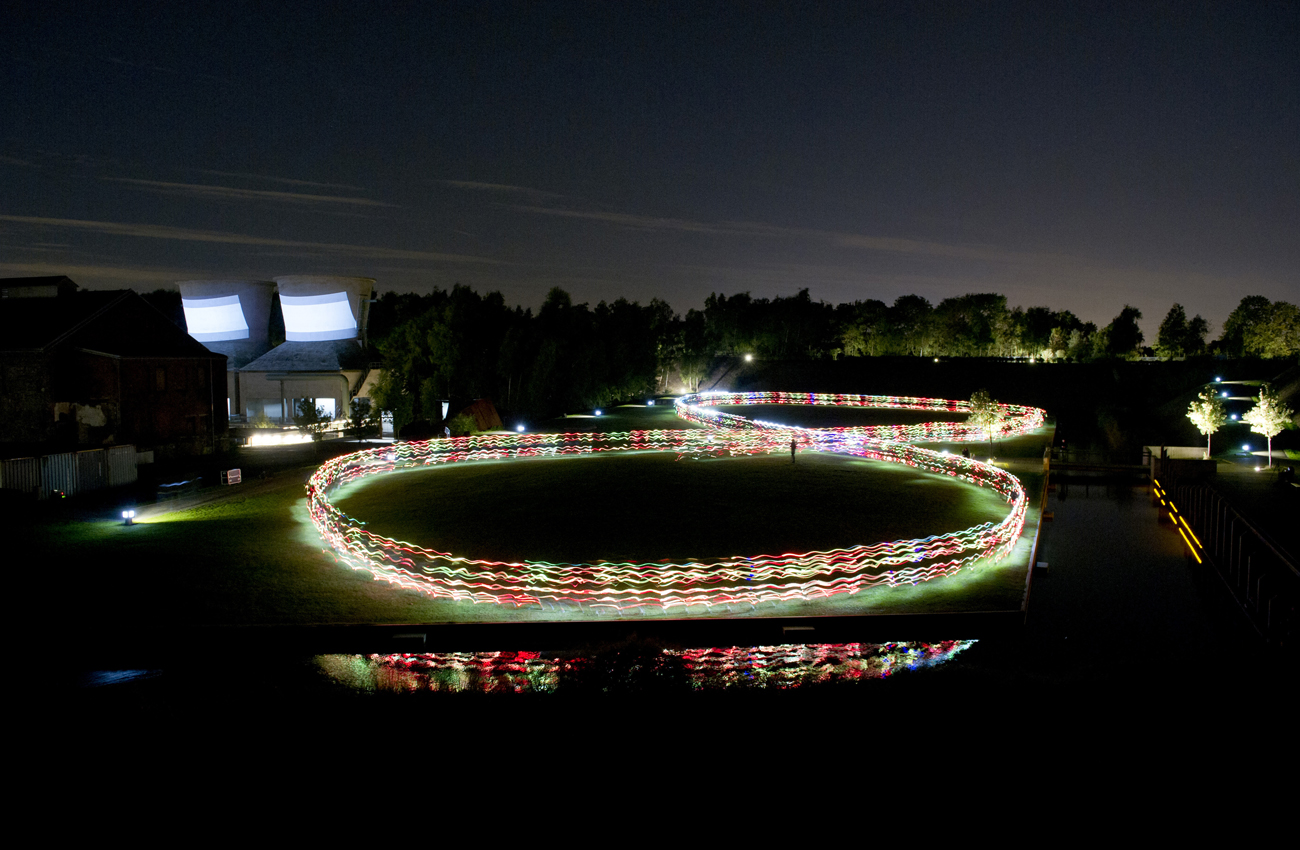 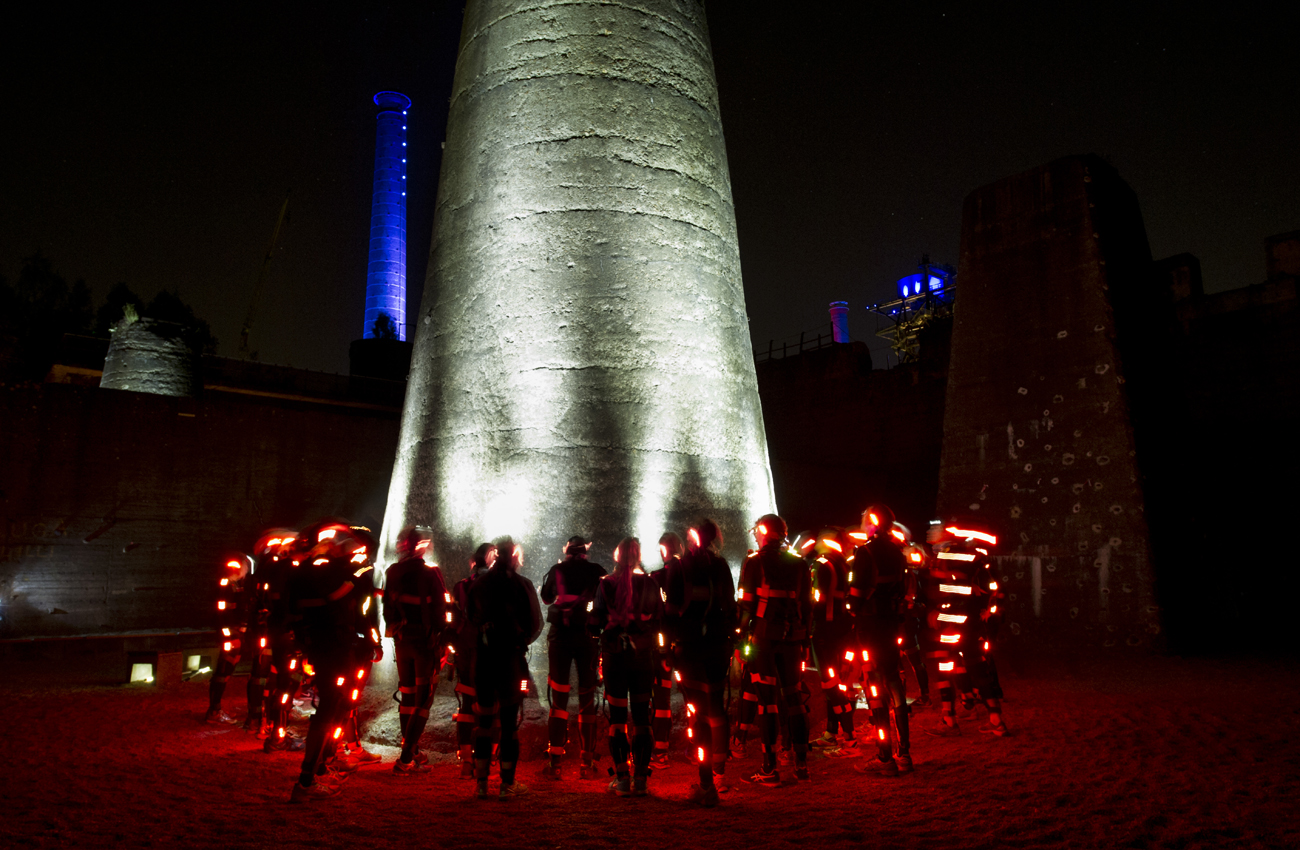 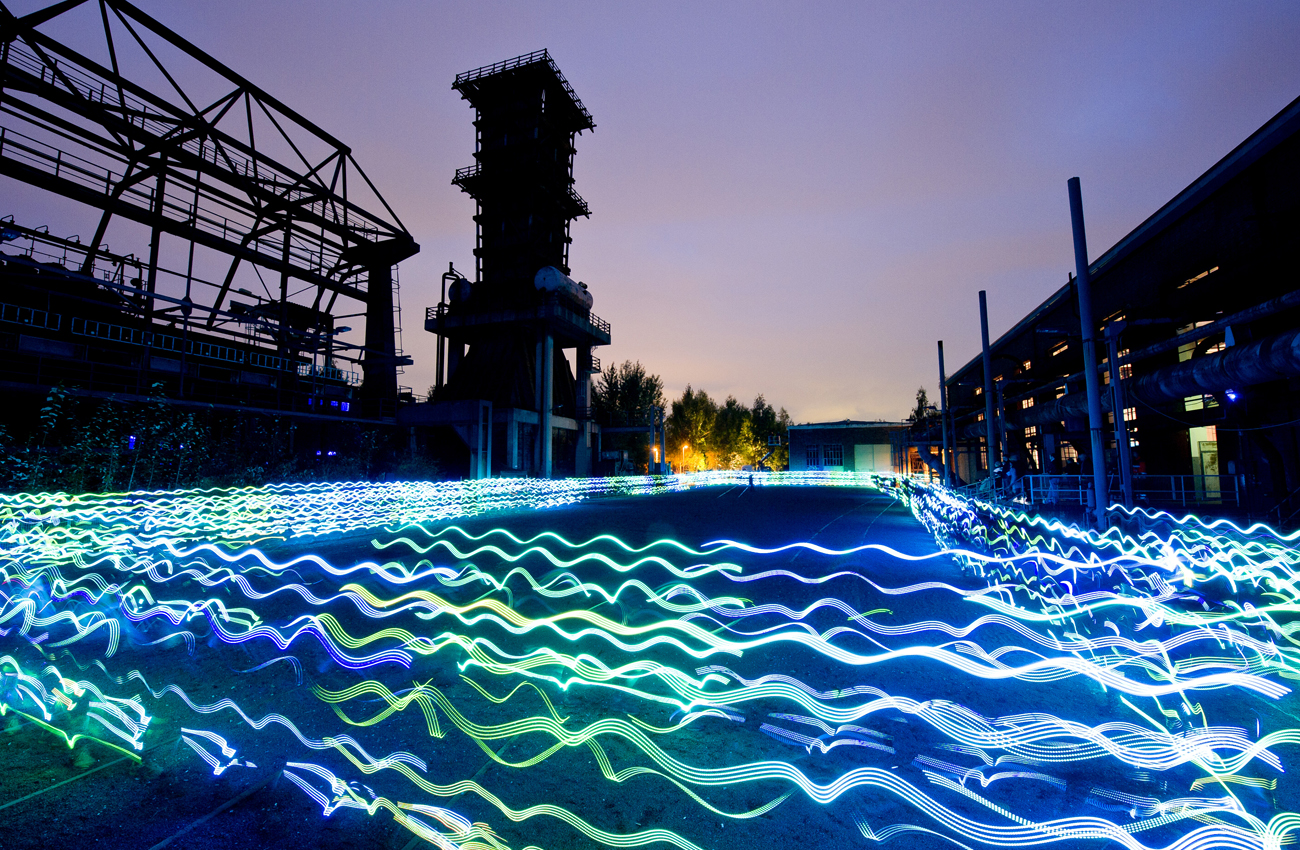 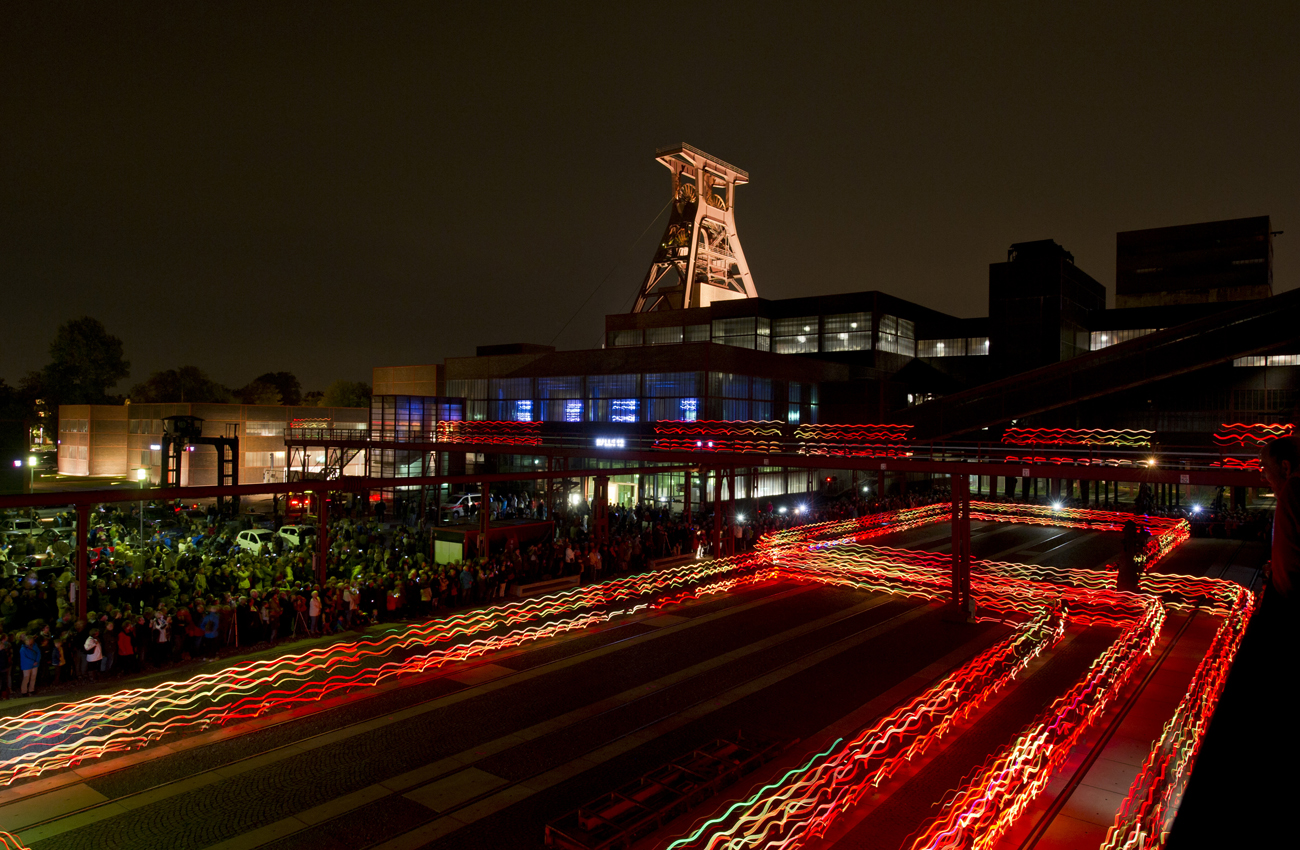 From the 3 – 5 October, NVA’s Speed of Light was staged with 100 ultra-runners throughout the Emscher Landschaftspark in the Ruhr region of Germany, witnessed by an audience of 15,000.

Performing in 2 locations each night, runners from across all 53 towns and cities in the region undertook nightly 10km+ runs as they connected and animated the vast industrial heritage and unique landscapes of the Emscher Landschaftspark.

For Speed of Light Ruhr, the creative team developed singular choreographies for each chosen location. Each site presented an opportunity to reflect on the region’s balance of industry, culture and nature, and was brought to life through collective movement and patterns of light.

A powerful short format art film by McAteer Photograph was created that captures the near science fiction quality of the work seen at such scale.

“Speed of Light Ruhr is the most ambitious manifestation of the work that we have created to date and closest to the heart of the work, a physical celebration of endurance running and collective running articulating both the stunning industrial architecture of the region while simultaneously focusing on the green corridors that link the cities and towns from east to west. Speed of Light uses light as a medium to communicate both the individual energy and commitment of each runner and the beauty of people working together in symmetry and with common purpose.”

The Ruhr region is situated in the federal state of North Rhine-Westphalia in west Germany, incorporating 53 communities and eleven cities. Stretching across 116 kilometres from east to west and 67 kilometres from north to south, the region is criss-crossed by the rivers Emscher, Lippe and by the Ruhr, from which it got its name. 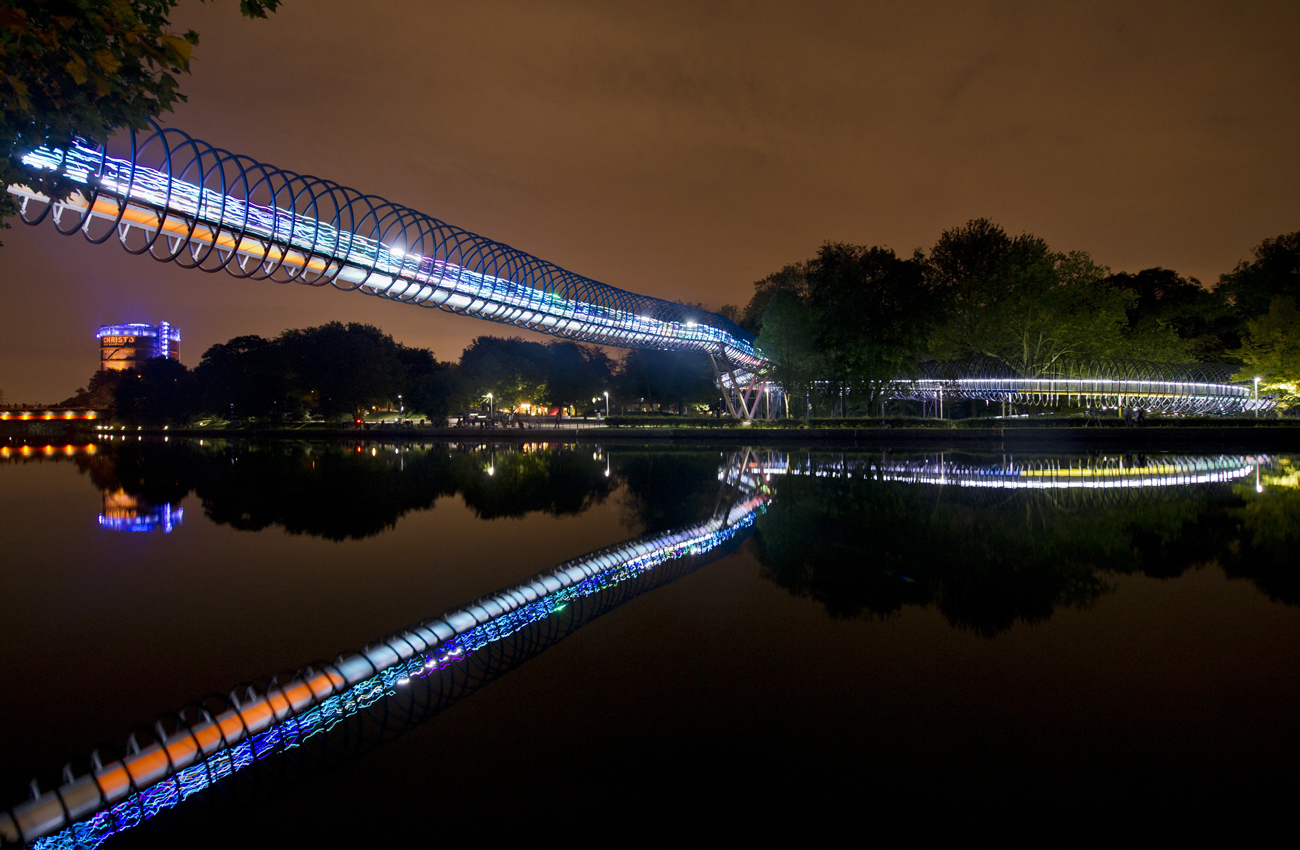 Nineteenth century industrialisation encouraged the development of the region, with workers from around the world arriving to work in the collieries and steelworks. Following the decline of these industries, the area was transformed through powerful and considered cultural regeneration.

For more information on the region visit Ruhr Tourismus.

Speed of Light Ruhr animated 6 key sites across the region:

NVA was keen to commission a film which could stand on its own as an artwork rather than simply being a visual representation of the ground breaking performance of Speed of Light across the Emscher Landscape Park.

In collaboration with McAteer Photography the Speed of Light Ruhr film set out to explore how light carried by 100 individual ultra-endurance runners interacted with the iconic industrial heritage and surrounding surfaces that they moved through creating shadow and reflection. Equally it was important to sustain a visual narrative and an element of separation between the runners and the environment, as the surroundings immediately gave context to the work.

The creative direction of the film was influenced greatly by the incredible monumentality of the Ruhr locations and there was great attention paid to absorbing and communicating the atmosphere of what was once the industrial heartland of Germany.

The scale, beauty and history of the sites helped create a film partially inspired by constructivist art and the propaganda films of the early 20th century, seen through a science fiction mutation. Strong bold lines and slow transitions merging vivid colours.

The film builds on uniformity with the choreographed patterns of runners and the strong light trails of time lapse conflicting with the hardness of the surrounding architecture until the final section of the film where the runners appear trapped. Here the landscape is differentiated and the frames are lengthened to evoke a sense of futility, chaos, the collapse of ‘leadership’.

Filming from a higher viewpoint and using lens tilt and slow motion helped to emphasize a feeling of abandonment until with a final enigmatic image a subtle optimism prevails as the runners/performers come together and re-unify around a common symbolic goal. 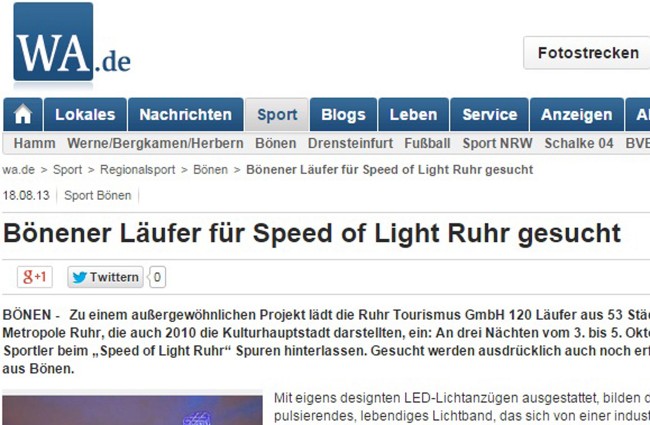 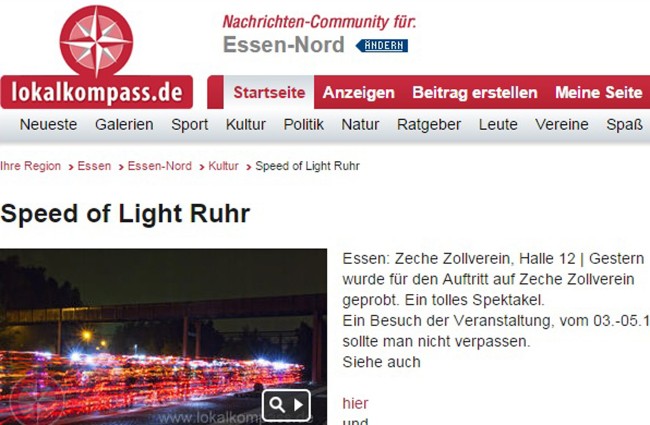 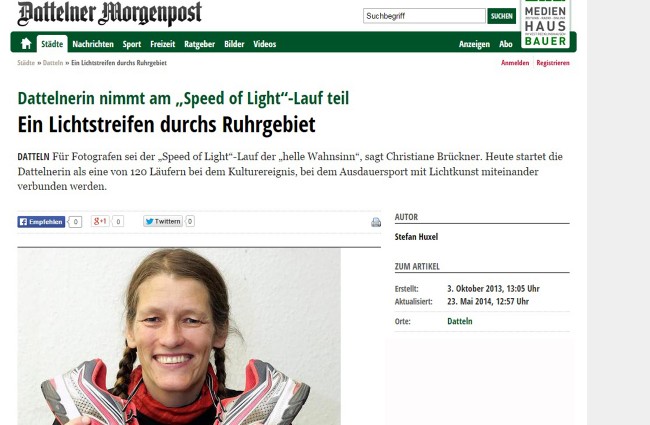 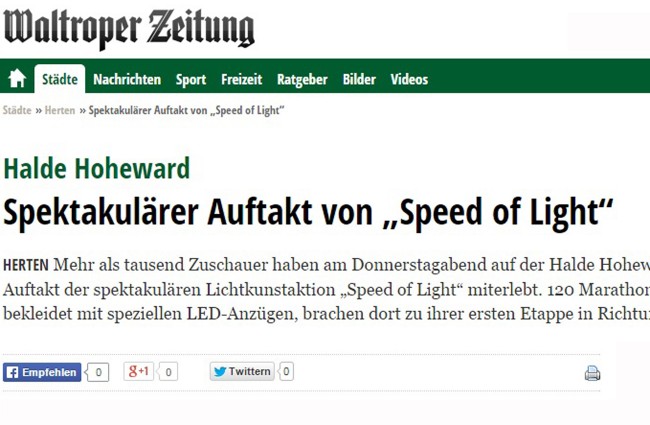 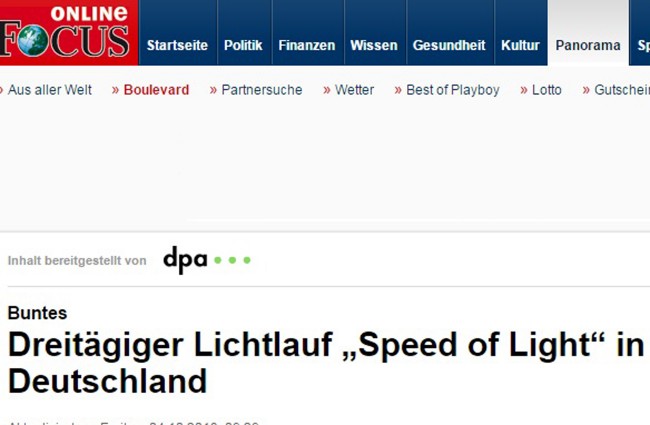 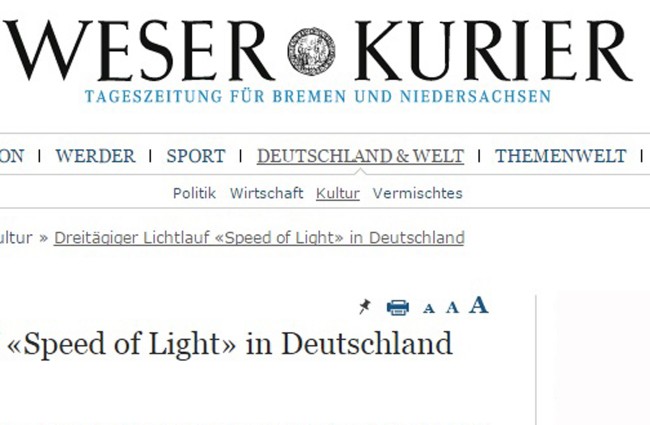 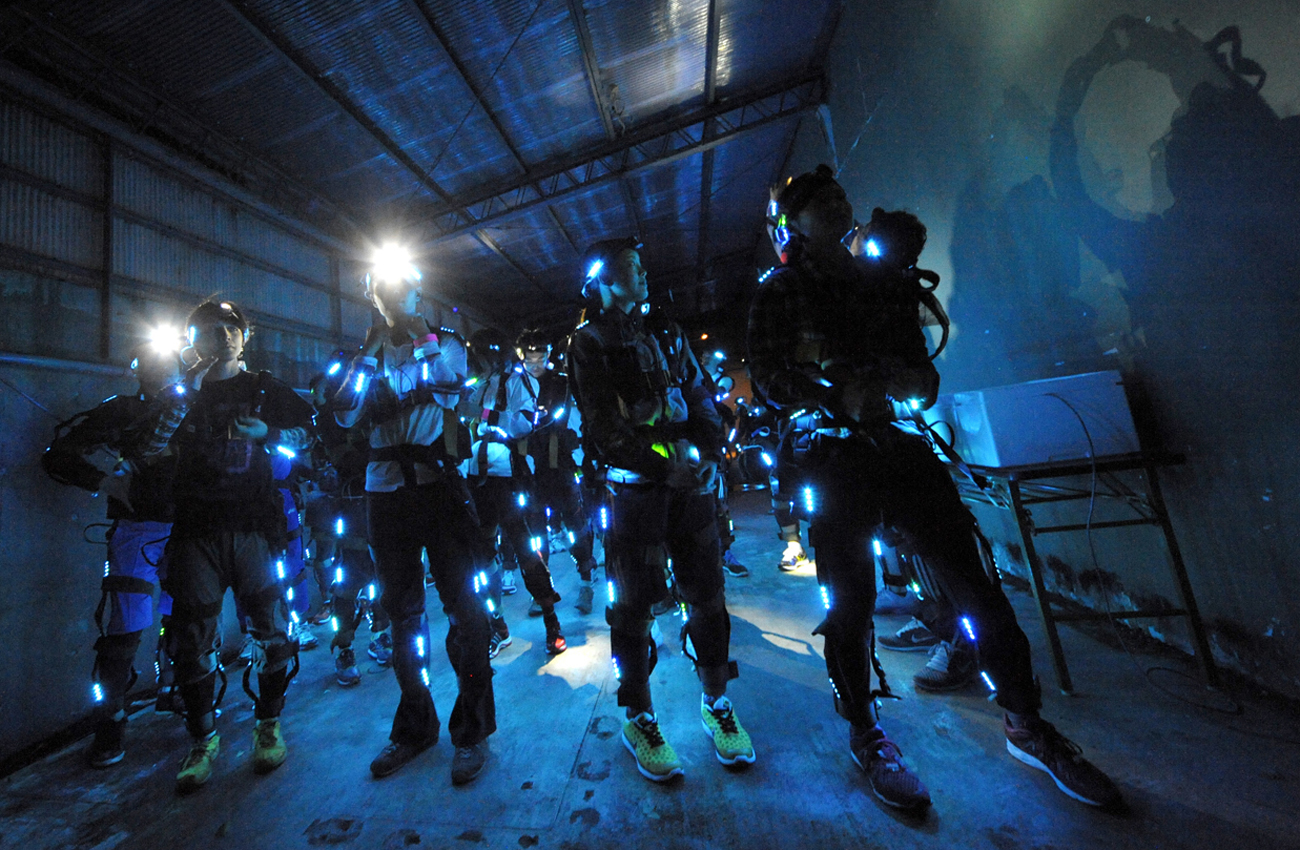